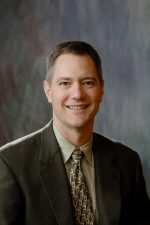 Kevin Pitts of the University of Illinois has been named chief research officer at Fermilab National Accelerator Laboratory beginning March 1. His focus will be on oversight for the international Deep Underground Neutrino Experiment, including advancing scientific excellence across the laboratory through strong communication, collaboration and coordination with the Department of Energy and other partners. He joins the laboratory as it prepares to usher in a new era of science and innovation in particle physics research and discovery.

“We are proud to have Kevin Pitts join Fermilab at a time when DUNE is underway,” said Joe Lykken, deputy director for research at Fermilab. “His leadership and research collaboration with Fermilab make him the ideal person to direct the development of the DUNE research program both at the laboratory and with our partner institutions.”

Upon its completion, DUNE, supported by the Long-Baseline Neutrino Facility, will make Fermilab the premier neutrino research institution globally. DUNE is the first international mega-science project at a DOE lab and Fermilab’s flagship project. Hosted by Fermilab, it comprises over 200 institutions in more than 30 countries. Construction work for LBNF, along with the PIP-II accelerator, are in progress at Fermilab in Illinois and at the Sanford Underground Research Facility in South Dakota.

Pitts joins Fermilab after 22 years with the University of Illinois where he was most recently the vice provost for undergraduate education and a professor of physics in the Grainger College of Engineering. He has a long history working on experiments at Fermilab, including participation in the discovery of the top quark in 1995.  Additionally, he has been serving on the Long Baseline Neutrino Committee since 2016.

“Fermilab has been an important part of the first-half of my career and I am thrilled to be joining the laboratory as chief research officer,” Pitts said. “After numerous Fermilab research projects and collaborations, I am honored to be leading the ball down the field to further the development of DUNE and other neutrino research projects.”

He received a B.A. in physics and mathematics from Anderson University and M.S. and Ph.D. degrees in physics from the University of Oregon. Pitts was a research associate at Fermilab on the CDF experiment. He also works on the Muon g-2 experiment.

Kevin Pitts is a fellow of the American Physics Society, the American Association for the Advancement of Science, and is a member of the Particle Physics Project Prioritization Panel. He has received numerous awards and recognitions for his research, teaching and advising.

Fermilab is supported by the Department of Energy Office of Science. The DOE Office of Science is the single largest supporter of basic research in the physical sciences in the United States and is working to address some of the most pressing challenges of our time. For more information, please visit science.energy.gov.