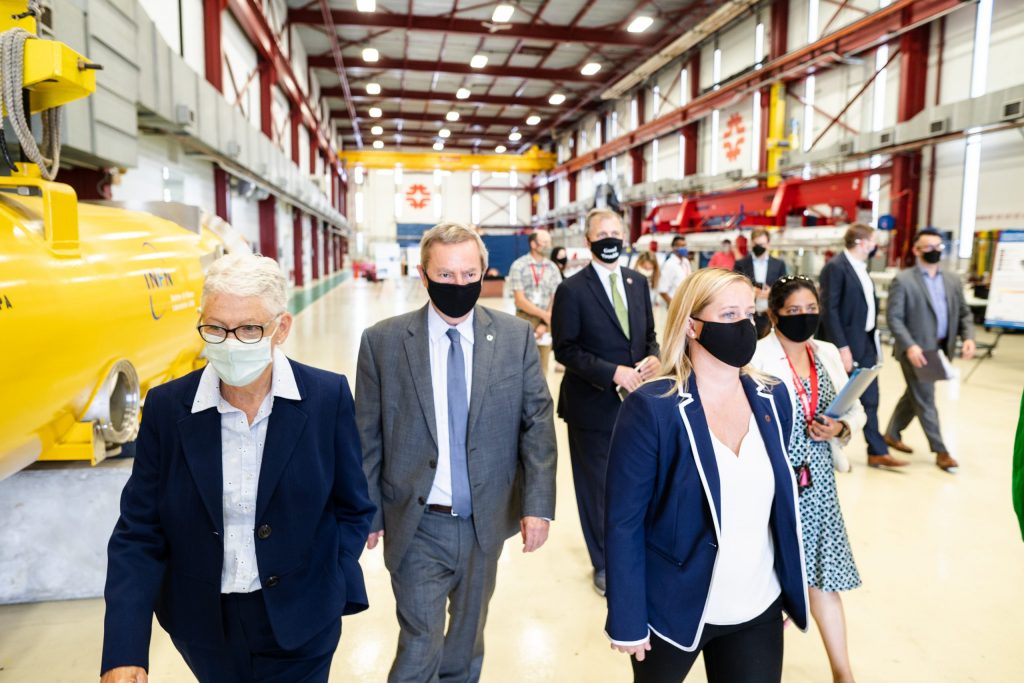 White House National Climate Advisor Gina McCarthy visited Fermilab on Aug. 10, to highlight the economic impact of the American Jobs Plan in the Midwest. McCarthy was joined by Reps. Sean Casten and Lauren Underwood, both from Illinois, as part of a tour of Argonne National Lab, Fermilab and North Central College. The Midwest tour aimed to highlight the importance of climate and clean energy in the region, especially in the areas of job creation, public health and economic opportunity. An American environmental health and air quality expert, she was named to the role by President Joseph Biden earlier this year. 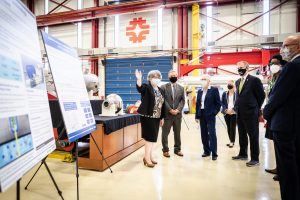 “The visit was a wonderful opportunity to showcase Fermilab and showcase our spectrum of emerging technologies, such as quantum information science, accelerator technology, and real-time artificial intelligence and machine-learning. As we move ahead, we are committed to minimizing the environmental impact of our site operations and meeting our ambitious sustainability goals by modernizing our aging infrastructure with the latest energy-saving technologies,” Lockyer said.

The first stop of the tour showed the Accelerator Program, where PIP-II Project Director Lia Merminga talked with the group about the Proton Improvement Plan II, known as PIP-II, as an essential upgrade to Fermilab’s particle accelerator complex. The design complexity and state-of-the-art technologies of PIP-II, which have attracted strong international participation, were highlighted. The upgrade will enable a broad physics research program with particle beams and ensure American leadership in the study of neutrinos for decades to come. 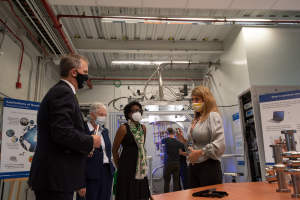 Muon g-2 co-spokesperson Chris Polly provided an overview of the magnetic ring of the Muon g-2 experiment that made worldwide headlines this spring. Describing how muons are produced, Polly explained how their behavior inside the 50-foot-diameter ring differs from theoretical predictions, as revealed in the first stage of the experiment’s data collection and unblinding. On April 7, the Muon g-2 collaboration published its first physics results that pointed to the potential existence of new particles or forces at work in the universe. This tour marked the first time McCarthy had seen a particle accelerator in person. 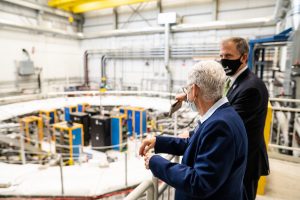 Gina McCarthy and Rep. Sean Casten looking over the magnetic ring of the Muon g-2 experiment.

At the conclusion of the Fermilab tour, McCarthy took part in a press conference with Reps. Casten and Underwood in which she thanked them for their support and leadership.