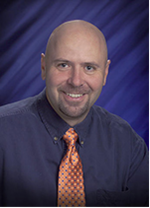 Scott Tingey will begin his role as COO at Fermilab on Nov. 14. Photo: Scott Tingey

“I look forward to working with Scott as he brings new ideas and strong operations and project management leadership to Fermilab as we build the foundation for the next era of high-energy physics,” said Fermilab Director Lia Merminga. “He has an inspiring career of providing innovative solutions to problems and brings a mindset that values simultaneous excellence in science and operations.”

As COO, Tingey will be responsible for all business operations systems. They include safety, security, infrastructure, information technology, human resources, finance, procurement and communications. He will begin his new role at Fermilab on Nov. 14.

Tingey has more than 30 years of experience in the service of critical Department of Energy and Department of Homeland Security missions. He was the chief operating officer for earth and biological sciences for PNNL where he was responsible for setting the operational approach and provided oversight for support services and project management for the directorate.

“I’m excited to join Fermilab, where the long and prestigious history in particle physics discoveries and accelerators, along with a culture of scientific collaboration brings the science community together,” said Tingey about his appointment. “I was drawn to Fermilab due to its scientific excellence and exciting mission. I’m honored to work with this team in support of the next generation of excellence in particle physics and accelerator science and operations.”