BATAVIA, Illinois – In 1979, then-Director Leon Lederman of the Department of Energy’s Fermi National Accelerator Laboratory decided he wanted to do some teaching again, to regain the contact with young minds he had enjoyed as a professor at Columbia University. The resulting Saturday Morning Physics program at Fermilab has spread immeasurable benefits among some 6,000 high school-aged students over the past 25 years.

Saturday Morning Physics, founded by Lederman and physicist colleague Drasko Jovanovic, celebrates its 25th anniversary on Saturday, May 14, 2005 when the current class graduates at 11 a.m. in the One West conference room of Fermilab’s Wilson Hall. Media representatives are invited to attend. Jovanovic directed the program until his retirement in 1997. Roger Dixon, Head of Fermilab’s Accelerator Division, and Erik Ramberg, Test Beam Coordinator for Experimental Physics Projects, have worked as co-directors since then.

“The 25-year legacy of Saturday morning physics deserves the highest praise for the dedication of Fermilab scientists to the science education of our young people, and the encouragement of bright young minds,” said Dr. Raymond Orbach, Director of the Department of Energy’s Office of Science. “These students can make substantial contributions to our nation’s continued future leadership in science and technology. I offer congratulations from the Office of Science and the Department of Energy to Leon Lederman, Drasko Jovanovic, Roger Dixon and Erik Ramberg for their leadership, and to the many other Fermilab scientists for their support in this wonderful educational effort.”

Lederman and Jovanovic will be present as honored guests for the graduation and celebration, along with alumni such as Cons Gattuso, a Saturday Morning Physics student in 1985-86 as a senior at Wheaton North High School.

“The awe of walking through those galleries at Fermilab, of seeing machinery like the Linac-that launched me on my way,” said Gattuso, who is now deputy head of the Recycler Department in Fermilab’s Accelerator Division. After SMP, and while still at Wheaton North, Gattuso helped assemble a Cockcroft-Walton accelerator at nearby Elmhurst College. He went on to a physics degree at Elmhurst College, and began his Fermilab career as an accelerator operator.

The lectures, then as now, have grown from the science practiced at Fermilab, from accelerators to quantum theory, illustrated with connections to everyday life. Gattuso remembers one vividly: “Transforming energy from one state to another,” Gattuso said. The demonstration involved taking a stereo system’s acoustic signal and changing it into a light signal aimed at the other speaker where it was transformed back to sound-that is, when the instructor wasn’t interrupting the light beam with his hand. “If was fun to watch,” Gattuso said, “and it showed how information can go to a destination in a different form and then be changed back.” Demonstrations like this have always been aimed at future scientists and non-scientists alike.

“Saturday Morning Physics does not pretend to rigorously ‘teach’ a subject such as quantum mechanics in a single two-hour lecture,” said Dixon. “Instead, the students are introduced to the subject by lecturers striving to convey the excitement of the subject, so that the student will leave the lecture wanting to know more. The best outcome is for the student to make a decision to pursue science as a career. The next-best outcome is for the student to leave the program feeling that science is a very worthwhile activity.”

Students are selected for Saturday Morning Physics from approximately 80 high schools throughout the region by the recommendation of their principals, although students have arrived from as far away as Indiana, Iowa and Wisconsin. The program is free to students, and instructors volunteer their time. Over the years, many SMP graduates have chosen science and technology careers. Ramberg also has seen tangible and equally important benefits for students pursuing non-technology careers.

“Our goal is to further their appreciation of science,” Ramberg said. “We give these kids the opportunity to see how high-level research is done. We hope to contribute to a wider perspective for them. It’s a way to reach out to their parents and to the community.”

Each year, Saturday Morning Physics holds three sessions of nine weeks each. The weekly meetings have a student-friendly approach that includes tours of the lab and talks by distinguished Fermilab scientists. The “feel” of the program remains true to the original outlook of Lederman, the 1988 Nobel Prize winner, and of Jovanovic, who ran the program from the outset until his retirement in 1997. The results have been constant over the years, including parental reaction.

“From the parents, we got our most rewarding feedback,” said Lederman. “These kids brought home their excitement and stimulation. Our lecturers-mostly Fermilab postdocs-were, by instruction, light-hearted, and the lectures were based upon subjects related to Fermilab’s research. Very often, the younger brothers and sisters of SMP grads took the course. In my travels to universities around the nation, it is rare that I am not accosted by an SMP alum who will greet me with the proud pronouncement, ‘You probably don’t remember me, but I took SMP at Fermilab.’ ”

Many Fermilab physicists have contributed their time and skill along the way. Christopher Hill, Head of the Fermilab Theory Group, has been a Saturday Morning Physics mainstay from the outset. He recalled his debut lecture:

“I was a post-doc at the lab and remember having the flu the night before, as I desperately tried to prepare my lecture on ‘Symmetry’. I survived, the lecture went extremely well, and I’ve been giving it ever since,” Hill said. “Mainly, by featuring the greatest female mathematician, Emmy Noether, and her theorem connecting symmetry and physics, the young women could see, for the first time, a role model up there on Mt. Olympus with Einstein. That lecture led to the new book Leon and I finished this past year, ‘Symmetry and the Beautiful Universe,’ and we think it could be a key to improving the whole undergraduate and high school teaching of physics. ”

Fermilab Director Michael Witherell has also given several presentations, finding that the benefits flow both ways. “When I teach Saturday Morning Physics, I bring to the students some of my knowledge about science,” Witherell said. “What I get in return from them is a boost of enthusiasm that I can carry back to my day job.”

Throughout the 25 years, the students’ outlook has remained notably constant. “They’re just the best kids,” Ramberg said. “They’re always focused on what you’re saying. They ask the most incredible questions. They’re fun to teach. In fact, it’s ridiculous how exciting it can be.” Gattuso confirmed the permanent effects: “If anyone needs an endorsement for Saturday Morning Physics,” he said, “be sure to ask me.”

Fermilab is a Department of Energy Office of Science national laboratory, operated under contract by Universities Research Association, Inc.

More information on Saturday Morning Physics is available at http://www-ppd.fnal.gov/smp-w/. 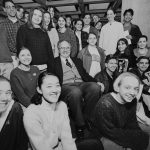 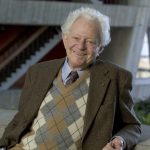 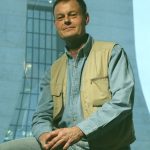 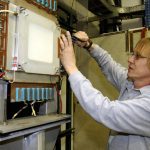 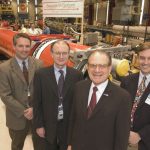 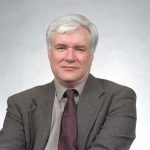