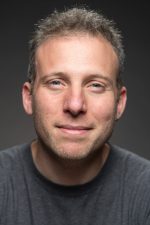 On Sept. 10, the Breakthrough Prize Foundation announced that Fermilab scientist Javier Tiffenberg is a recipient of the 2021 New Horizons in Physics Prize.

Tiffenberg, along with three other scientists, is recognized for advances in the detection of sub-GeV dark matter, especially in regard to the SENSEI experiment.

Although dark matter constitutes roughly a quarter of the matter in the universe, its nature is a mystery. In the search for dark matter, Tiffenberg and his SENSEI collaborators use innovative sensors called skipper CCDs to look for dark matter particles. Tiffenberg helped drive the development of these skipper CCDs, which are sensitive enough to be able to pick up signals of dark matter particles of low mass. He shares the prize with Rouven Essig of Stony Brook University, Tomer Volansky of Tel Aviv University and Tien-Tien Yu of the University of Oregon.

Six New Horizons prizes of $100,000 each were shared among 12 early-career scientists and mathematicians who have already made a substantial impact on their fields. The New Horizons Prize is issued by the Breakthrough Prize Foundation, the same organization that awards the annual Breakthrough Prize, science’s largest prize.

“Javier’s work to boost the performance of SENSEI’s sensors has taken our experiment to the next level,” said Fermilab scientist Juan Estrada, lead scientist on SENSEI. “He and his colleagues are enabling us to search for the most lightweight dark matter particles, which we wouldn’t be able to do without a detector of such exquisite sensitivity.”

Advances in the skipper CCD technology and SENSEI are supported by the Laboratory Directed Research and Development programs at Fermilab and Lawrence Berkeley National Laboratory.

In this 3-minute video, Javier Tiffenberg explains how the skipper charge-coupled devices, or CCDs, provide a new way of looking for dark matter particles.

Fermilab dark matter and particle detector technology research is supported by the DOE Office of Science.