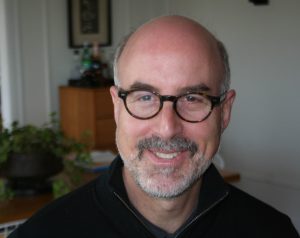 Fermilab scientist and University of Chicago Professor Josh Frieman has been awarded an American Astronomical Society Fellowship, the first at Fermilab.

The AAS Fellowship was established to recognize members for their contributions toward the AAS mission of enhancing and sharing humanity’s scientific understanding of the universe, including original research, astronomical techniques or instrumentation, education and public outreach and service to astronomy and to the AAS.

Frieman is currently the head of the Fermilab Particle Physics Division and is a professor of Astronomy and Astrophysics at the University of Chicago. He led the Dark Energy Survey from 2010-18. A fellow of the American Physical Society, the American Association for the Advancement of Science and the American Academy of Arts and Sciences, he is past chair of the American Physical Society Division of Astrophysics. Frieman is currently president of the Aspen Center for Physics. He previously served on the Particle Physics Project Prioritization Panel of the High Energy Physics Advisory Panel, on the Astro 2010 Decadal Survey Committee, and on the Astronomy and Astrophysics Advisory Committee.

Astrophysics research at Fermilab is supported by the Department of Energy Office of Science.