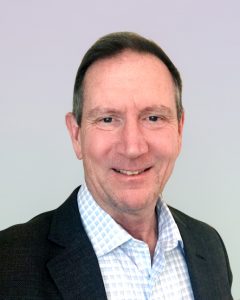 How did you end up working at the U.S. Department of Energy’s Fermi National Accelerator Laboratory?

I started at the lab in July 1996. Before then, I was working at Motorola. Being the science geek that I am, I was in the middle of reading Leon Lederman’s “The God Particle” when I got a call from a recruiter telling me about an open position at Fermilab. Had it been any other place, I would not have been interested. But reading the book certainly piqued my interest in the lab, and I felt I had to pursue the opportunity. Years later, I saw Leon on the steps at Wilson Hall and got up the nerve to approach him and introduce myself. I told him that his book was a big reason why I joined the lab, and he seemed delighted to hear that.

How would you describe what you do?

What is the most rewarding part of working at Fermilab?

The most rewarding part of my job is being able to work with some of the most talented people in the world in their professions. Think about it: Nowhere else in the world can you work with an authority on particle accelerators and the building blocks of matter in the morning and then rub elbows with experts on dark matter and the farthest reaches of the universe in the afternoon. I am truly humbled and honored by my colleagues’ talents, and I consider myself very fortunate to work in such an exciting and dynamic environment.

I love spending time outdoors and backpacking in particular because it really gets you out there. I enjoy sports, particularly baseball, and I rarely have a day go by in the season where I am not watching or listening to at least some of the St. Louis Cardinal’s game. I also love to the play the piano, which is my go-to for stress relief.

What else are you passionate about?

Equity, diversity and inclusion is one of my passions — specifically, helping to ensure Fermilab is representative of and embraces the diversity of Chicagoland, the nation and the international science community.

This is for two reasons. First, the events of the summer of 2020 reinforced in me just how much more work was needed to be done in this country regarding social justice.

Second, when I became a manager some 10 years ago, I read a lot of information about how diverse teams produce better work and stronger results because of their diversity. I realized then that creating a workplace that made diversity, equity and inclusion a priority was critical for the long-term health of my team and for Fermilab as a whole. My work with the EDI Task Force is an extension of that and serves as a means for the lab to achieve that level of diversity.

“I realized then that creating a workplace that made diversity, equity and inclusion a priority was critical for the long-term health of my team and for Fermilab as a whole.” — Jim Fromm

How did you get involved with the EDI Task Force?

As I mentioned, my moral compass went on high alert in July 2020, and it was telling me that I needed to get off my butt and do something to help. Around the same time, I read Sandra Charles’ [internal daily newsletter] article announcing the formation of the EDI Task Force, and I decided it was high time I did more than just shake my fist in anger at what I was seeing on the news. I reached out to Sandra to see if I could help in any way. When she asked me to co-chair the task force with her, I immediately accepted. My time with the task force has turned out to be an effective way for me to demonstrate my allyship and feel like I’m part of something larger than myself.

You mentioned allyship. What is that, and why is it important to the lab’s EDI efforts?

Allyship is a term that refers to efforts by members of a privileged group to help the interests of marginalized groups. As we try to correct injustices to marginalized groups, allyship is a powerful statement when a person of privilege who is actually benefiting from these injustices stands up to say, “This is wrong; let’s make it right.” Part of allyship is also the willingness to have difficult conversations despite our differences and being sincere and authentic when working toward our common goal of making Fermilab a better place to work for all of us.

Fermi National Accelerator Laboratory is supported by the Office of Science of the U.S. Department of Energy. The Office of Science is the single largest supporter of basic research in the physical sciences in the United States and is working to address some of the most pressing challenges of our time. For more information, please visitscience.energy.gov.