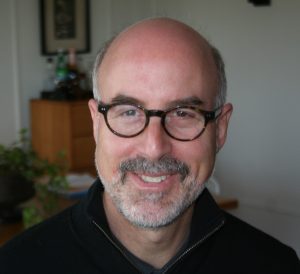 Astrophysicist Josh Frieman is one of 120 scientists elected to the National Academy of Sciences in 2022. Photo: Josh Frieman

Astrophysicist Josh Frieman, scientist at the U.S. Department of Energy’s Fermi National Accelerator Laboratory, has been elected a member of the National Academy of Sciences. On May 3, the NAS announced the election of 120 members in recognition of their distinguished and continuing achievements in original research.

Frieman, who became Fermilab scientist emeritus in 2021, is also a professor of astronomy and astrophysics at the University of Chicago. He served as the head of the Fermilab Particle Physics Division from 2018 to 2021. From 2010 to 2018, he was the director of the Dark Energy Survey, an international collaboration that mapped several hundred million galaxies using one of the world’s most powerful digital cameras, built at Fermilab. A fellow of the American Physical Society, the American Association for the Advancement of Science and the American Academy of Arts and Sciences, Frieman is past chair of the American Physical Society Division of Astrophysics. He is currently president of the Aspen Center for Physics. He also previously served on the Particle Physics Project Prioritization Panel of the High Energy Physics Advisory Panel, on the Astro 2010 Decadal Survey Committee, and on the Astronomy and Astrophysics Advisory Committee.

In 2019, he received a $1 million award over three years as part of the inaugural DOE Office of Science Distinguished Scientist Fellowship program. In 2021, he received an American Astronomical Society Fellowship, the first at Fermilab.

The NAS strives to further science in the United States by providing science policy advice to the federal government and other organizations, and its members are active contributors to the international scientific community. The recent election brings the total number of active members to 2,512 and the total number of international members to 517; currently, a maximum of 120 members may be elected annually.