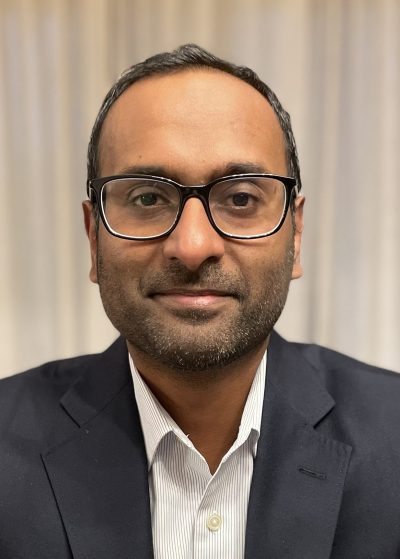 The experiments scientists can do and the discoveries they can make can only go as far as their equipment allows them. For particle physicists at the U.S. Department of Energy’s Fermi National Accelerator Laboratory, this means that their work is dependent upon the capabilities of particle accelerators and the materials from which they are constructed. Engineers like Kavin Ammigan, a research and development engineer, are working on new materials for particle accelerator targets that will make future experiments possible to enable new high energy physics scientific discoveries.

Ammigan recently was recognized with an Early Career Award from the DOE’s Office of Science. He will receive a $500,000 grant each year for the next five years to cover research and salary expenses for his work on new materials for particle accelerator targets. This research will help not only Fermilab programs, but also other programs that face similar high-power target challenges as the intensities of primary particle beams increase in the future.

“This project is to look beyond conventional materials to develop novel materials that are more robust for next-generation multi-megawatt accelerator target facilities,” said Ammigan.

In order to study particles like neutrinos and muons, particle accelerators move protons at extremely high speeds through the accelerator complex at Fermilab. Different experiments require particles of different energies, so the proton beam takes different routes, depending on its destination to get the protons up to the necessary speed. When the proton beam achieves the desired intensity, they are smashed against a target to create the secondary particles. For example, Fermilab’s neutrino program uses graphite targets to produce pions that eventually decay into neutrinos. Before smashing into the target, the proton beam also has to transition from the vacuum of the accelerator to the surrounding environment of the target facility, like air or helium. A window helps the proton beam make this transition before smashing into the target.

“Over time, the performance of these devices degrades and eventually impact the operation of these target facilities. These are critical components,” Ammigan said. “Without those, you can’t produce the particles you want and cannot have the experiments and collect the data you want.”

The two most common types of damage to beam-intercepting materials that result from prolonged exposure to high-intensity proton beams are radiation damage and thermal shock. Radiation damage occurs when the beam begins to disrupt the lattice structure of the material. Over time, it degrades the material’s bulk thermomechanical properties. Thermal shock is caused by rapid bursts of energy deposition into the material, such as those from a pulsed beam. It generates dynamic stress waves through the material, which can cause permanent deformities and eventually the failure of the target. In short, thermal shock puts stress on the material and can cause it to fail.

“Even at Fermilab, we’ve seen a gradual decline in neutrino yield and eventual failure of a past target, due to radiation damage and thermal shock effects,” said Ammigan.

His Early Career Award grant will specifically fund research into high-entropy alloys and electrospun nanofibers as materials for beam-intercepting devices. The microstructure of these novel materials will be tailored to be more resistant to damage from radiation and thermal shock. Ammigan aims to optimize their thermomechanical and physics performance during beam exposure. It will make future multi-megawatt accelerator target facilities possible without the need to limit beam parameters or compromise secondary particle production efficiency.

Ammigan said he is looking forward to working with his collaborators to move forward with the research and see what kind of impact it will have on the broader physics community.

“You can put a lot more power on the target, so you get a lot more secondary particles, which will help maximize the physics benefits,” he said.

Ammigan began working at Fermilab in 2012 after receiving his doctoral degree in mechanical and aerospace engineering. He was selected through the Bardeen Engineering Leadership Program. It allows the recipient to choose which engineering divisions they want to work in after rotating between divisions to get a feel for all of them.

“I ended up picking the high-power targetry work because I thought it was interesting as well as challenging and could have a direct impact for future accelerator target facilities,” he said.

Ammigan said he is looking forward to working with his collaborators to move forward with the research and see what kind of impact it will have on the broader physics community.

“We will work together to try and push the envelope and develop these materials to enable the next-generation facilities … there are many other facilities that have similar challenges, so the impact could be even broader,” he said. “It’s quite exciting to think of, if this is indeed successful, what could the impact be?”