This International Day of Women and Girls in Science, we feature four fabulous women at the U.S. Department of Energy’s Fermilab who are pushing at the frontiers of particle physics. Kirsty Duffy, Jessica Esquivel, Anna Grassellino and Jen Raaf shared with the world their passion for science over the last year through presentations, interviews or talks. Learn about them, their work and the wonderful world of physics: 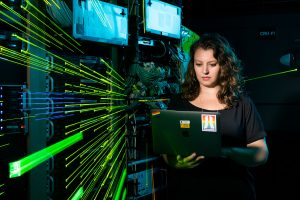 Check out the first installment of “Even Bananas,” hosted by Kirsty Duffy. 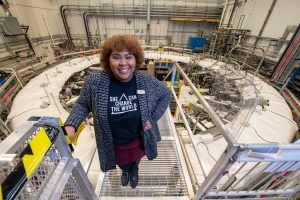 Jessica Esquivel is a Fermilab postdoctoral research associate investigating short-lived particles named muons for the Muon g-2 experiment. She’s also an American Association for the Advancement of Science IF/THEN ambassador, a tutor and science communicator. Her interests go far beyond muons; she shares her love of neutrinos, astrophysics and sci-fi with other science fans. You can find out all about Esquivel in her American Geosciences Institute profile, where she talks about about particle physics research, writing a sci-fi program and her own science journey. 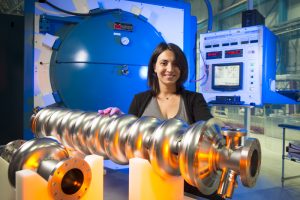 Named Woman of the Year by Italy’s D La Repubblica magazine, Fermilab senior scientist Anna Grassellino is the director of the National Superconducting Quantum Materials and Systems Center at Fermilab. In August 2020, the National SQMS Center was one of five such centers established to bring about transformational advances in quantum information science in the U.S. As director of SQMS, Grassellino is a leader in the field of quantum computing and sensing. 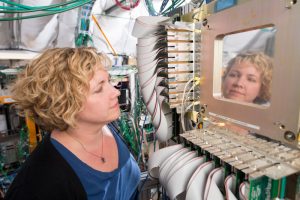 In early 2020, Fermilab neutrino scientist Jen Raaf was part of a team of laboratory staff who burned the midnight oil to bring a new ventilator design from concept to approval by the U.S. Food and Drug Administration. Along with her colleagues, Raaf, who studies neutrinos on MicroBooNE and DUNE, showed how cooperative science can be, crossing disciplines and creating connections. She gave an online talk about the experience as part of the Fermilab Arts and Lectures at Home series.

Watch Raaf talk about how particle physics might just save your life.