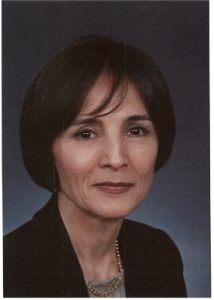 After 10 years as executive director of Universities Research Association, Marta Cehelsky has announced her intent to step down in the latter part of this year.

“It has been a privilege and a pleasure to serve as URA executive director over the past 10 years,” Cehelsky said in announcing her plans. “I have had the good fortune to work with two excellent Fermilab directors; a succession of outstanding URA officers, trustees and staff; and with the extended URA university community. Working with our exceptional colleagues at Fermilab has been a special pleasure. It has also been a privilege to work with the highly accomplished and dedicated members of the Fermi Research Alliance Board of Directors, and our counterparts at the University of Chicago.”

Marta Cehelsky came to URA in 2008 as vice president of the organization following a career in the federal government that included service as the executive secretary of the National Science Board at the National Science Foundation. Earlier, she left an academic career to work at NASA. She then assumed a position as a congressional staff member, and later as senior advisor on science and technology to the InterAmerican Development Bank.

“Marta Cehelsky has been a friend and colleague since the day I arrived at Fermilab,” said Fermilab Director Nigel Lockyer. “She has always been a great supporter of the lab program, a proponent of our early career scientists and a booster of excellence. As executive director of URA, she provided valuable advice and oversight to Fermilab along with the University of Chicago. I wish her much success in the future.”

“This is a good time for a new person to step in at URA,” Cehelsky said. “In addition to our continuing responsibilities at Fermilab, URA has a new role contributing to the excellence of science and technology at Sandia National Laboratories. URA’s future is bright and full of opportunities.”