What is the best conductor?

Despite the many attractive features of superconducting wire, the fastest-ramping high-energy particle accelerators still use magnets with copper conductors operating at room temperature. Examples include the 3 GeV proton ring at JPARC in Japan, which features a magnetic field that changes at a rate of 70 tesla per second (T/s) and reaches a peak magnetic field of 1.1 tesla, and the 8 GeV Booster ring at Fermilab, which achieves a ramping rate of 30 T/s and a peak field of 0.7 tesla. 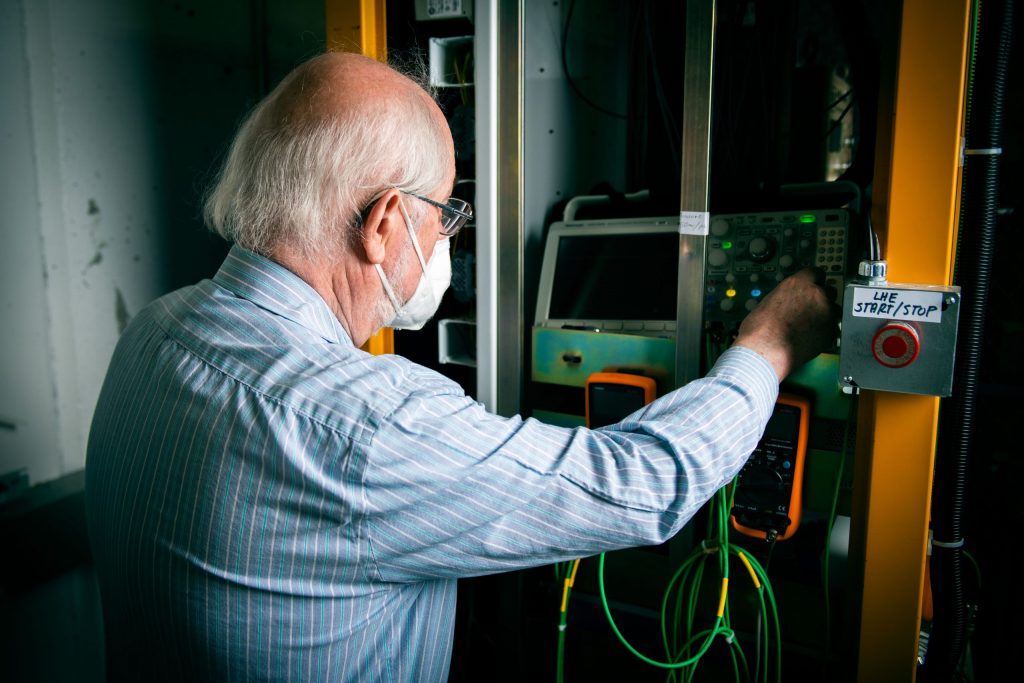 Most of the powerful superconducting magnets employed in modern-day particle accelerators are relatively slow when it comes to increasing the magnetic field. Their main goal is to ramp up to a high peak magnetic field to steer particles around a ring while electric fields propel the particles to higher and higher energy. The higher the energy, the stronger the magnetic field must be to keep the particles in their track as they go around the ring.

Fermilab’s Tevatron accelerator was the first machine based on superconducting steering magnets. The ramping of the 4.4 tesla magnets to full magnetic strength took more than a minute and a half, while electric fields increased the energy of the particles to 1 TeV. Today, the world’s most powerful accelerator, the Large Hadron Collider at CERN, uses superconducting steering magnets that ramp up to almost 8 tesla in approximately 20 minutes, while the accelerator propels particles to 6.5 TeV. This corresponds to a ramping rate of about 0.006 T/s and is much slower than the ramping rate of conventional accelerator magnets operating at room temperature.

Now, a superconducting accelerator test magnet is taking the ramping rate lead as Fermilab’s high-temperature superconductor test magnet has yielded rates of up to 290 T/s, while achieving a peak magnetic field strength of about 0.5 tesla. The results have been published on the arXiv and reported at the 27th International Conference on Magnet Technology by the IEEE Council on Superconductivity this month. Piekarz and his colleagues hope to achieve even higher magnetic field strength by increasing the electrical current running through the magnet, while maintaining the superior ramping rate. 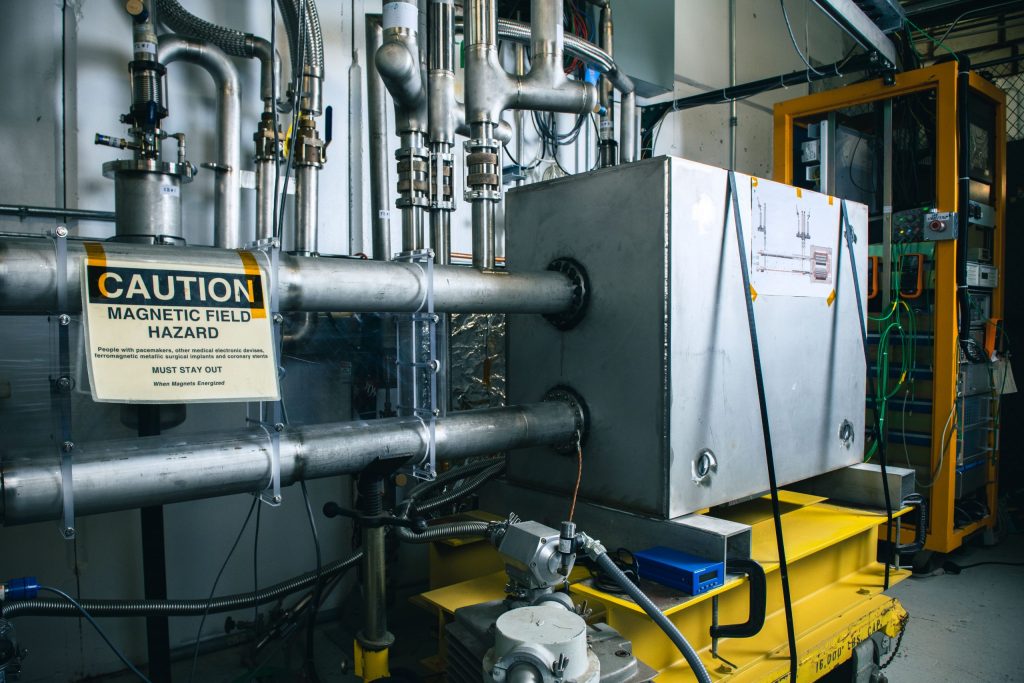 The solution to these problems is to employ the unique properties of “high-temperature” superconducting material known as YBCO. Using this material, Piekarz and his team designed a magnet and operated it at temperatures between 6 and 20 K and up to 1,000 amps of electrical current.

The peak strength of the magnetic field achieved during the record-setting ramping tests was limited by the electrical current provided by the power supply used in the test. Piekarz and his team plan to expand the power supply capabilities in the future, possibly achieving even higher rates, as they will carry out further studies on the ultimate capabilities of this advanced magnet technology.

The development of these fast-cycling magnets is critical for future neutrino research, featuring rapid-cycling proton synchrotrons, particle injectors for the proposed Future Circular Collider, and the design of pulsed muon colliders.

Their research was supported through the Laboratory Directed Research and Development program, an initiative established to foster innovative scientific and engineering research at Department of Energy national laboratories.