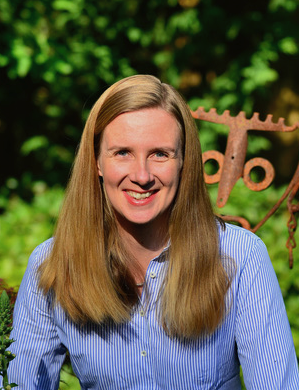 The U.S. Department of Energy’s Fermi National Accelerator Laboratory is home to international scientific collaborations that study the mysteries of the universe, such as the Dark Energy Survey. Using observations from a high-powered camera sitting atop a sturdy telescope in Chile, DES researchers have mapped millions of galaxies to study the expansion of our universe. This research requires precise interpretation of data to achieve accurate results, which has been made possible by the frameworks developed by Elisabeth Krause, an astrophysicist at the University of Arizona.

Krause won the Universities Research Association’s 2022 Early Career Award, which was presented during the 55th Annual Users Meeting on June 15. The award was established in 2019 and recognizes the achievements of a researcher in the first part of their career at Fermilab or in collaboration with a Fermilab project. Krause was recognized “for developing crucial theoretical tools for multi-probe cosmology analyses and providing leadership to the Dark Energy Survey (DES) collaboration.” John Mester, president and CEO of URA, in presenting the award, said, “It is a great pleasure to honor Elizabeth Krause for her outstanding scientific achievements and for her contributions to Fermilab.”

Much of our universe is made up of an elusive force dubbed dark energy. This scientific mystery has been proposed as an explanation for the accelerating expansion of the universe. According to the principles of general relativity, this cosmic expansion should be slowing down, not speeding up. However, in 1998, researchers discovered that the expansion of the universe was accelerating, making room for dark energy to emerge as a possible candidate for the driving force behind the accelerated expansion.

The Dark Energy Survey was established to scan a portion of night sky and observe galaxies and other astronomical objects, like supernovae, billions of light years away. A 570-megapixel camera, the Dark Energy Camera or DECam, was specifically designed for the survey to record information and take photos of objects deep in space. The DECam was mounted on the Victor M. Blanco Telescope, a four-meter diameter telescope large enough to support the powerful camera, at the Cerro Tololo Inter-American Observatory in the Chilean Andes. The camera recorded information for six years from 2013-2019. Data from the first three years of observation have been released with the rest of the data on the way.

Krause’s framework for combining dark energy measurements from multiple probes has helped maximize the efficiency of the DES and streamline data for accurate analysis.

The survey studies the expansion of the universe with four probes. Researchers measure supernovae distances, galaxy density, galaxy clustering and the distortion of light from galaxies. Using these data, researchers can measure how dark energy is affecting cosmic acceleration. Combining data from different probes across the survey is important for making precise measurements, but this must be done in a way that accounts for correlations in the data in order to avoid mistakes.

That’s where Krause’s expertise comes in.

“What I’m really doing is developing this coherent framework and basically acting as a translator between the different working groups,” she said. “I help them develop the analysis frameworks to jointly analyze all of these [data].”

Researchers can study dark energy by observing how structures grow in the universe over time. An object, like a galaxy, is redshifted as distance increases over time, so measuring the clustering, positions and shapes of galaxies can tell researchers how dark energy is contributing to this expansion. Because these measurements are not independent from each other, Krause’s framework ensures that they are combined in a consistent way so as to not overcount information and help paint an accurate picture of the structure of the universe.

From theory to real-world impact

“I participated in the discussions and thought ‘OK, this is a really motivated group of people … I can really contribute here,’” Krause said.

Krause initially worked in the theory group for her first few years on the project after doing theory in graduate school. However, she “came in touch with reality” during her postdoc years while working on the Dark Energy Survey.

“I first saw what raw DES data looks like, and I was kind of shocked; I thought maybe we don’t need all these extremely complicated equations quite yet,” she said. “And then I dove into the detailed modeling of the various observables of the Dark Energy Survey.” 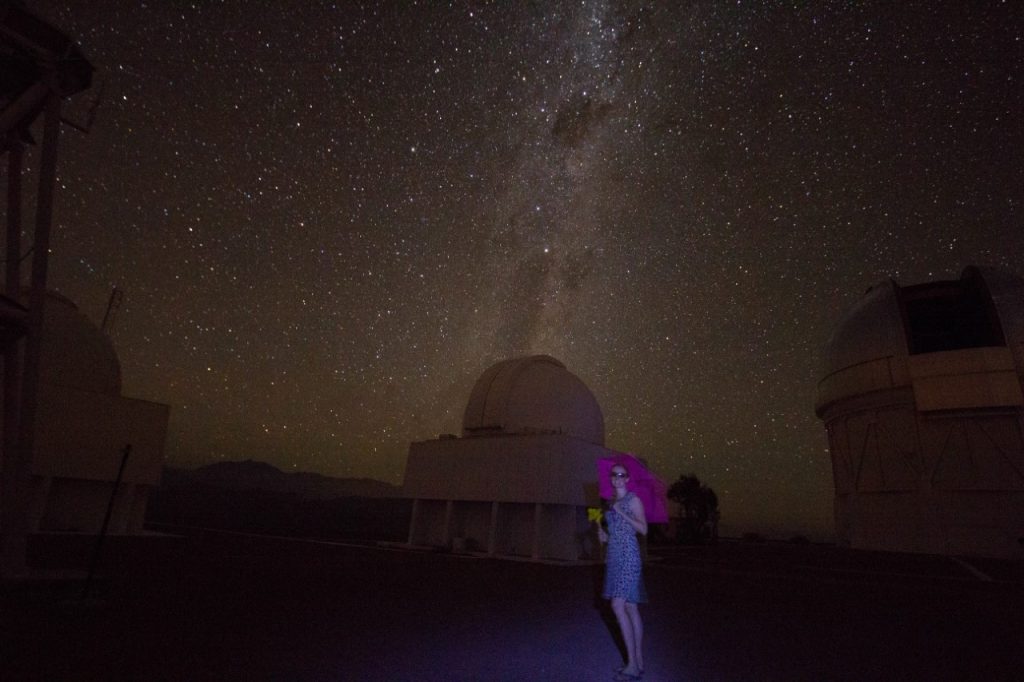 Krause’s framework for combining dark energy measurements from multiple probes has helped maximize the efficiency of the DES and streamline data for accurate analysis. In addition to her work on data analysis, she also served as the co-chair of the science committee for the Dark Energy Survey.

“Prof. Krause has built a very impressive record of achievements as an early career scientist,” said Laura Fields, the award committee chair. “One aspect of her work that is particularly noteworthy is her work to combine measurements of multiple cosmological probes while taking into account correlations of the different measurements. This is something that is very difficult but is absolutely essential to making the best use of big science projects.”

Krause’s work has been recognized by other notable awards. She received the American Physical Society’s Maria Goeppert-Mayer Award in 2020, a Department of Energy Early Career Award in 2019, and a Young Scientist Prize in Astrophysics from the International Union of Pure and Applied Physics in 2018.

Krause is also the first faculty member from a university to receive the Early Career Award in the four years since it was established by the URA. She is an assistant professor of astronomy and physics at the University of Arizona, where she mentors students in addition to her research and teaching duties. She has also mentored students from other universities and institutions in the Dark Energy Survey, creating a lasting impact on the collaboration and future surveys with her scientific expertise and leadership.

“The department really recognizes that research and mentoring take a lot of time, and they try to give us that time,” she said. “And mentoring students and research are very much connected.”