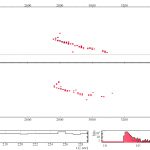 The NOvA collaboration has released the result of its latest measurement of neutrino oscillations. The results provide greater insight into neutrino properties, specifically mass ordering and charge parity symmetry. 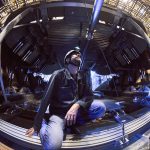 Matter and antimatter particles can behave differently, but where these differences show up is still a puzzle. Scientists on the LHCb experiment at the Large Hadron Collider study much more subtle differences between matter particles and their antimatter equivalents. A recent analysis allowed them to revisit an old mystery — an asymmetry between asymmetries.

The search for leptonic CP violation

From CERN Courier, July 7, 2020: Fermilab scientist Boris Kayser Texplains how neutrino physicists are now closing in on a crucial piece of evidence in a most convoluted detective story: the unknown origin of the matter–antimatter asymmetry observed in the universe.

Accelerator experiments are closing in on neutrino CP violation

From Physics Today, June 1, 2020: Somewhere in the laws of physics, particles must be allowed to behave differently from their antiparticles. If they weren’t, the universe would contain equal amounts of matter and antimatter, all the particles and antiparticles would promptly annihilate one another, and none of us would exist. Fermilab’s NOvA neutrino experiment and the international Deep Underground Neutrino Experiment, hosted by Fermilab, are pinning down CP violation, the property that could explain the imbalance.

Why the U.S. is betting it all on the most puzzling particle in the universe

From Gizmodo, May 18, 2020: Neutrino physics is a trek into the unknown, one that the United States physics community has chosen to pursue full-on. A flagship experiment called LBNF/DUNE will lead the search, in pursuit of answers that may take decades or more to find. Fermilab Deputy Director for Research Joe Lykken, DUNE spokesperson Ed Blucher, and DUNE scientists Chang Kee Jung and Elizabeth Worcester talk about how neutrinos will enhance our understanding of the universe.

Why DUNE? Searching for the origin of matter

From Sanford Underground Research Facility, May 12, 2020: Part I in Sanford Lab’s series exploring the science goals of the international Deep Underground Neutrino Experiment discusses antimatter, CP violation and the origins of the universe.

From Scientific American, April 23, 2020: New evidence from neutrinos points to one of several theories about why the cosmos is made of matter and not antimatter. Fermilab scientists Marcela Carena and Jessica Turner and DUNE spokesperson Ed Blucher weigh in.

From Quanta Magazine, April 15, 2020: The first official evidence of a key imbalance between neutrinos and antineutrinos provides one of the best clues for why the universe contains something rather than nothing. Fermilab scientist Debbie Harris comments on the T2K experiment’s latest result. Fermilab’s NOvA experiment and the international Deep Underground Neutrino Experiment, hosted by Fermilab, will also help provide a more precise understanding of the asymmetry.

From BBC News, April 16, 2020: Stars, galaxies, planets, pretty much everything that makes up our everyday lives owes its existence to a cosmic quirk. The nature of this quirk, which allowed matter to dominate the universe at the expense of antimatter, remains a mystery. Now, results from the T2K experiment in Japan has given strong hints that the CP violation effect could be large for neutrinos. The international Deep Underground Neutrino Experiment, hosted by Fermilab, might detect the effect faster than expected.

From Space.com, April 15, 2020: A new study from the T2K experiment looked hard for signs of CP symmetry violation in neutrinos and came up with some intriguing results. The international Deep Underground Neutrino Experiment, hosted by Fermilab, will provide complementary techniques and measurements that may provide a more definitive answer in the quest for CP violation.