From Physics World, April 7, 2022: Particle physicist Lia Merminga has been appointed the first female director of Fermilab and will begin her term on April 18.

Nigel Lockyer will leave behind a tremendous legacy when he steps down after eight years at the helm of America’s premier particle physics laboratory in Spring 2022. To prepare for the transition, the Board of Directors of the Fermi Research Alliance, LLC has appointed a committee to conduct an international search to identify outstanding candidates for the next director of Fermilab.

From Illinois Tech, September 16, 2021: Former Fermilab director and Nobel Prize winner Leon Lederman had a portion of 33rd Street in Chicago renamed in his honor on Saturday, September 18, at an event hosted by IIT. Lederman won the 1988 Nobel Prize in Physics and is best known for his work on neutrino research. He was director of Fermilab from 1979 to 1989.

Nigel Lockyer to step down as Fermilab director The Fermi Research Alliance, which manages Fermilab on behalf of the U.S. Department of Energy, announced on Sept. 10 that Nigel Lockyer will step down after eight years as director of the lab.

Nigel Lockyer appointed to second term as director of Fermilab 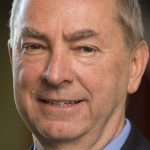 During his first four years as leader of the world-renowned laboratory he helped enhance its international scientific leadership, including the launch of a pioneering international particle physics project hosted by Fermilab.

Q&A: The future of CERN 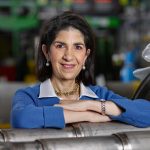 CERN’s Director General is enthusiastic about the progress and prospects of the LHC research program, but it’s not the only thing on her plate.

We continue to be engaged in executing our international strategy of strengthening our reach by ensuring funding agencies and key diplomats are kept up to date on our programs.

The University of California Board of Regents has chosen Michael Witherell to lead Lawrence Berkeley National Laboratory. Mike was director of Fermilab from 1999 to 2005. 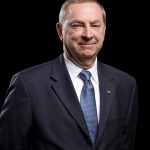 Nigel Lockyer, director of Canada’s TRIUMF laboratory for particle and nuclear physics and a professor of physics and astronomy at the University of British Columbia, has been selected to become the next director of the U.S. Department of Energy’s Fermi National Accelerator Laboratory.

Pier Oddone to step down as Fermilab director 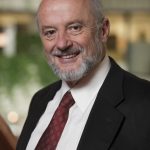 The Fermi Research Alliance (FRA) Board of Directors, which manages and operates Fermi National Accelerator Laboratory, announced today that Fermilab Director Pier Oddone has decided to retire after eight years at the helm of America’s leading particle physics laboratory.