Looking back on fall A variety of fall colors in mid October, with Wilson Hall in the background.

Biggest science news stories of 2022 as chosen by New Scientist

From New Scientist, Dec. 16, 2022: This year was another busy year in science and technology and New Scientist news editors’ have chosen some of the biggest scientific developments, discoveries and events in 2022. Included in this year’s selections is the April 2022 announcement of the mass of the W boson that used Fermilab’s Tevatron.

From Physics World, July 26, 2022: Appointed by Robert Wilson in 1970, Helen Edwards was the accelerator scientist who oversaw the construction and implementation of the Tevatron, from planning right until the end of its scientific operation. Thirteen years later, the Tevatron was started to later discover the Bc meson in 1998, the top quark in 1995 and the tau neutrino in 2000.

Scientists hope upgraded atom-smasher can crack mysteries of the universe

From NBC News, June 14, 2022: The faster and stronger LHC at CERN, scheduled to restart this summer, is stirring up renewed excitement in the discovery of particles that make up dark matter. While the LHC has been dormant for ten years, it has received upgrades while other accelerators like Fermilab’s Tevatron have made discoveries that point to possible “new physics.”

From PBS Space Time, May 25, 2022: Fermilab scientists spent almost a decade recording collisions in the Tevatron collider and another ten years analyzing data finding the W boson’s mass seems to be 0.01 percent heavier than expected. Now, understanding why the particle has mass puts the current Standard Model to the test.

From Nature Italy May 20, 2022: CDF co-spokesperson Giorgio Chiarelli tells the story of how Italy contributed to the measurement of the W boson mass, opening a door on new physics. For more than 10 years after the Tevatron detector at Fermilab produced the last crashes between protons and antiprotons, the collaboration announced the most precise measure of the W boson mass ever achieved.

Watch out for the W

From the Nature Briefing, May 13, 2022: Based on data recorded with the CDF II detector at Fermilab between 2002 and 2011 at the Tevatron, the collaboration reconstructed more than 4 million W boson candidates through their decays into an electron or muon accompanied by the respective neutrino. The CDF Collaboration stated their result “suggests the possibility of improvements to the standard model calculation or of extensions to it”.

Can a theory ever die? 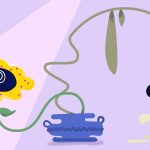 Neglected theories will wilt and wither but can bloom again with enough attention.

From WIRED, April 18, 2022: A collaboration of over four hundred scientists, hundreds of measurements and a 0.1 percent too heavy W boson have led to a tiny discrepancy in the Standard Model theory that could be a huge shift in fundamental physics. A blue heron takes off next to the alignment fiducial at the center of the Tevatron.