This is a version of an article originally published by Argonne National Laboratory.

As scientists await the highly anticipated initial results of the Muon g-2 experiment at the U.S. Department of Energy’s Fermi National Accelerator Laboratory, collaborating scientists from DOE’s Argonne National Laboratory continue to employ and maintain the unique system that maps the magnetic field in the experiment with unprecedented precision.

Argonne scientists upgraded the measurement system, which uses an advanced communication scheme and new magnetic field probes and electronics to map the field throughout the 45-meter circumference ring in which the experiment takes place.

The experiment, which began in 2017 and continues today, could be of great consequence to the field of particle physics. As a follow-up to a past experiment at DOE’s Brookhaven National Laboratory, it has the power to affirm or discount the previous results, which could shed light on the validity of parts of the reigning Standard Model of particle physics.

High-precision measurements of important quantities in the experiment are crucial for producing meaningful results. The primary quantity of interest is the muon’s g-factor, a property that characterizes magnetic and quantum mechanical attributes of the particle. 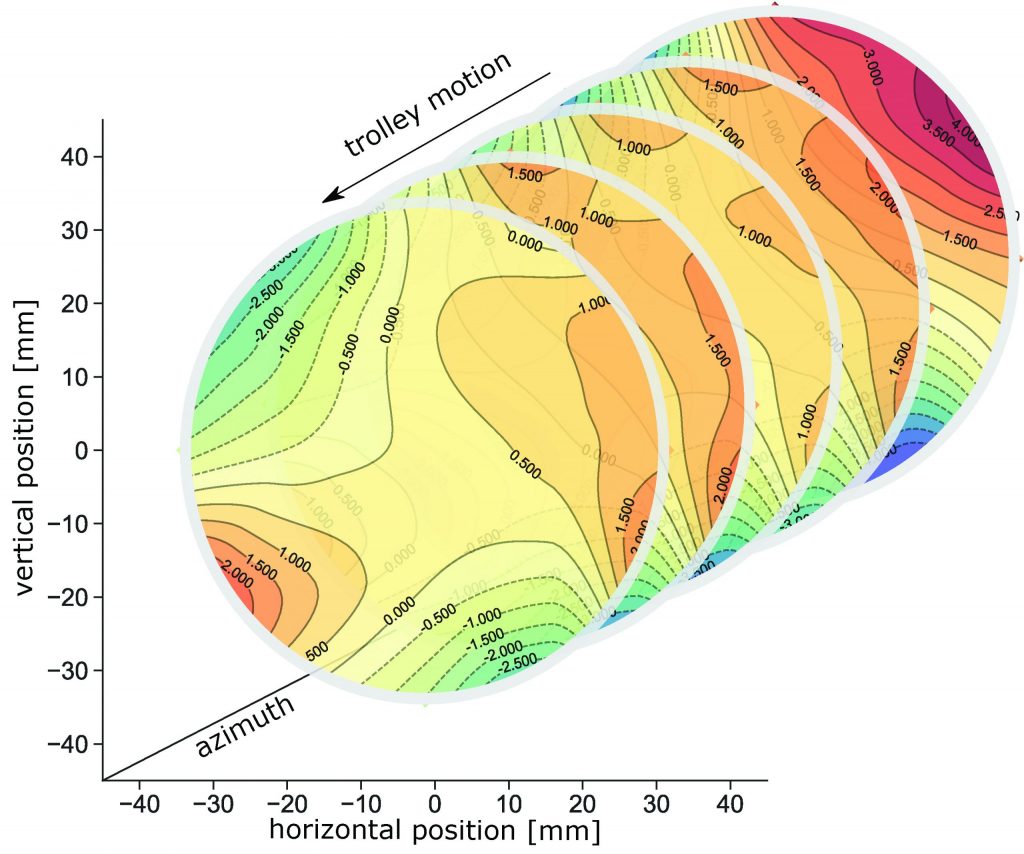 The Standard Model predicts the value of the muon’s g-factor very precisely.

“Because the theory so clearly predicts this number, testing the g-factor through experiment is an effective way to test the theory,” said Simon Corrodi, a postdoctoral appointee in Argonne’s High Energy Physics Division. “There was a large deviation between Brookhaven’s measurement and the theoretical prediction, and if we confirm this discrepancy, it will signal the existence of undiscovered particles.”

The more precise these initial measurements are, the more convincing the final result will be. The scientists are on their way to achieve field measurements accurate to 70 parts per billion. This level of precision enables the final calculation of the g-factor to be accurate to four times the precision of the results of the Brookhaven experiment. If the experimentally measured value differs significantly from the expected Standard Model value, it may indicate the existence of unknown particles whose presence disturbs the local magnetic field around the muon.

During data collection, a magnetic field causes a beam of muons to travel around a large, hollow ring. To map the magnetic field strength throughout the ring with high resolution and precision, the scientists designed a trolley system to drive measurement probes around the ring and collect data.

The University of Heidelberg developed the trolley system for the Brookhaven experiment, and Argonne scientists refurbished the equipment and replaced the electronics. In addition to 378 probes that are mounted within the ring that constantly monitor field drifts, the trolley holds 17 probes that periodically measure the field with higher resolution.

“Every three days, the trolley goes around the ring in both directions, taking around 9,000 measurements per probe and direction,” Corrodi said. “Then we take the measurements to construct slices of the magnetic field and then a full, 3-D map of the ring.” 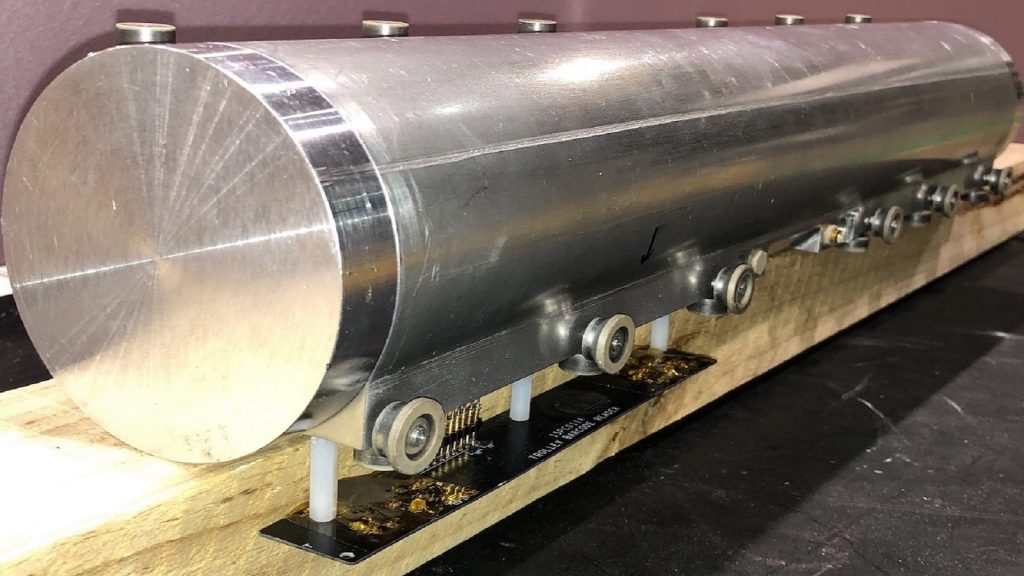 This shows the fully assembled trolley system, with wheels for riding on rails and the new external barcode reader for an exact position measurement. The 50-centimeter-long cylindrical shell encloses the 17 NMR probes and custom-built readout and control electronics. Photo: Argonne National Laboratory

The scientists know the exact location of the trolley in the ring from a new barcode reader that records marks on the bottom of the ring as it moves around.

The ring is filled with a vacuum to facilitate controlled decay of the muons. To preserve the vacuum within the ring, a garage connected to the ring and vacuum stores the trolley between measurements. Automating the process of loading and unloading the trolley into the ring reduces the risk of the scientists compromising the vacuum and the magnetic field by interacting with the system. They also minimized the power consumption of the trolley’s electronics in order to limit the heat introduced to the system, which would otherwise disrupt the precision of the field measurement.

The scientists designed the trolley and garage to operate in the ring’s strong magnetic field without influencing it.

“We used a motor that works in the strong magnetic field and with minimal magnetic signature, and the motor moves the trolley mechanically, using strings,” Corrodi said. “This reduces noise in the field measurements introduced by the equipment.”

The system uses the least amount of magnetic material possible, and the scientists tested the magnetic footprint of every single component using test magnets at the University of Washington and Argonne to characterize the overall magnetic signature of the trolley system.

The power of communication

Of the two cables pulling the trolley around the ring, one of them also acts as the power and communication cable between the control station and the measurement probes.

During the Brookhaven experiment, all signals were sent through the cable simultaneously. However, due to the conversion from analog to digital signal in the new experiment, much more data has to travel over the cable, and this increased rate could disturb the very precise radio frequency needed for the probe measurement. To prevent this disturbance, the scientists separated the signals in time, switching between the radio frequency signal and data communication in the cable.

“We provide the probes with a radio frequency through an analog signal,” Corrodi said, “and we use a digital signal for communicating the data. The cable switches between these two modes every 35 milliseconds.”

The tactic of switching between signals traveling through the same cable is called “time-division multiplexing,” and it helps the scientists reach specifications for not only accuracy, but also noise levels. An upgrade from the Brookhaven experiment, time-division multiplexing allows for higher-resolution mapping and new capabilities in magnetic field data analysis.

Both the field mapping NMR system and its motion control were successfully commissioned at Fermilab and have been in reliable operation during the first three data-taking periods of the experiment.

The scientists have achieved unprecedented precision for field measurements, as well as record uniformity of the ring’s magnetic field, in this Muon g-2 experiment. Scientists are currently analyzing the first round of data from 2018, and they expect to publish the results by the end of 2020.

The scientists detailed the complex setup in a paper titled “Design and performance of an in-vacuum, magnetic field mapping system for the Muon g-2 experiment,” published in the Journal of Instrumentation.