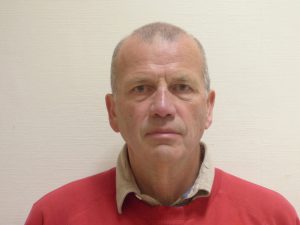 What do you do at the U.S. Department of Energy’s Fermi National Accelerator Laboratory?

My primary responsibility is to contribute to the design, construction and testing of the PIP-II HB650 prototype cryomodule.

What is your favorite aspect of working on the PIP-II accelerator?

Building an accelerator is always a privileged experience. In addition, PIP-II is using an empowering new technology, that is superconducting radio-frequency — that, of course, is even more rewarding. But the primary interest is building a new machine for scientific research.

How many accelerator and collider projects have you worked with?

I started on a project in France at CEA-Saclay that was not built. If built, it would have been similar to the Continuous Electron Beam Accelerator Facility machine at Jefferson Lab, that is an accelerator for nuclear physics based on superconducting radio-frequency technology.

I then worked on the European XFEL, an accelerator that was actually built by a consortium of European laboratories between 2007 and 2016. It is really the first for which I can claim some contribution to its construction.

Then came the LCLS-II project during my first term as a guest scientist at Fermilab, and so that’s No. 5.

What does a day of work look like for you at Fermilab?

When you are in the process of assembly, then everyday life is checking concrete problems, trying to solve as many of them as possible, and as fast as possible. For the European XFEL, this was done by establishing discussions with German colleagues at DESY and my own team at CEA-Saclay.

For 10 years, it’s being on the ground and solving a multitude of technical problems, interfaces with industry, schedule problems, budgetary problems, checking budgets and staffing requests with my own management.

But the most rewarding aspect is that it is like being part of a science orchestra where coordination, dedication and expertise are mandatory, somewhat similar to many “big science” projects.

How did you end up at Fermilab?

First, I had the opportunity to visit Fermilab many times in the past working on superconducting RF accelerators similar to the Tesla Collider, the International Linear Collider project. But these were visits for workshops or conferences. So, the reason for my presence now is working as a guest scientist.

What do you like to do when you are not at work?

I read, I walk and I try to practice some music at my level.

The Fermilab PIP-II project is supported by the DOE Office of Science.