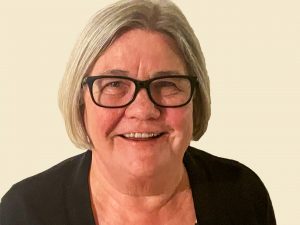 In her new role with the DOE’s Office of Science, Gina Rameika will oversee all high-energy physics research activities in the United States. Photo: Gina Rameika.

The U.S. Department of Energy’s Office of Science recently announced that Regina “Gina” Rameika has accepted the role of associate director for its Office of High Energy Physics. In her new role, Rameika will oversee all high-energy physics research activities in the United States at both national laboratories as well as universities. She joins the DOE Office of Science on Nov. 7.

“Gina has demonstrated tremendous leadership in the national laboratory environment with DOE projects and with international science collaborations,” said Asmeret Asefaw Berhe, director of the Office of Science. “We are thrilled to have Gina join the Office of Science, given her vast experience and skilled leadership.”

Rameika hails from the DOE’s Fermi National Accelerator Laboratory where, as a distinguished scientist, she spent much of her career in neutrino science and experimental particle physics. Her responsibilities have ranged from managing particle detector construction projects to leading the Deep Underground Neutrino Experiment, the international science collaboration that plans to carry out the world-leading experiment currently under construction as part of the DOE Long-Baseline Neutrino Facility/DUNE-US Project.

Some of her roles at Fermilab included serving as project manager for the Long-Baseline Neutrino Experiment and for the MicroBooNE Project, as well as the head of Fermilab’s Neutrino Division. She was also an elected spokesperson of the 1,400-member international DUNE collaboration, in addition to serving as the DUNE resource coordinator and construction coordinator.

“I’m excited to step into this new position,” said Rameika. “I will always value my time at Fermilab and truly appreciate having worked hands-on with the international DUNE collaboration. I believe that serving as the associate director of HEP, I can bring these experiences and lessons learned to help increase and advance physics research in the U.S.”