The Honorable Martina Hirayama, Switzerland’s state secretary of education, research and innovation, visited the U.S. Department of Energy’s Fermi National Accelerator Laboratory on Oct. 20 to further strengthen the strong partnership between Switzerland and the United States in neutrino physics and collaboration on the international Deep Underground Neutrino Experiment. 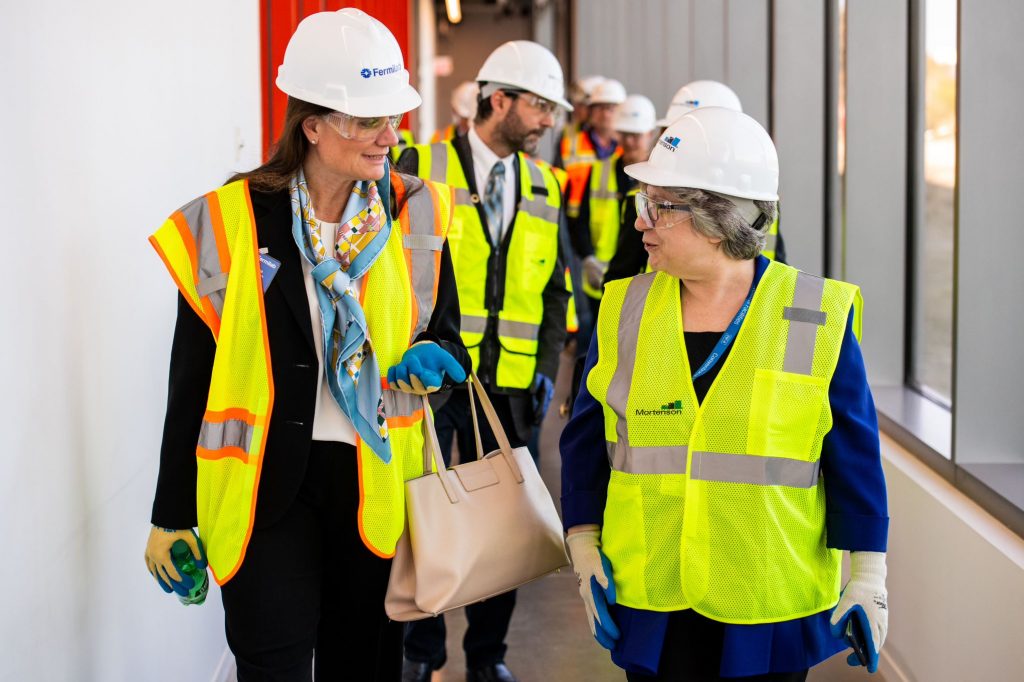 Fermilab’s Director Lia Merminga and Deputy Director Bonnie Fleming led the delegation welcoming the Swiss state secretary for a tour of Fermilab’s new Integrated Engineering Research Center to discuss the lab’s neutrino program. The IERC will house the detector modules built by the University of Bern for the DUNE ND-LAr near detector. The ND-LAr is the most important component of the near detector and one that directly enables the physics sensitivity of DUNE.

Switzerland has been a leader in the development of the liquid argon detector technology at the University of Bern and ETH Zurich, a public research university, for more than a decade. This technology is being adopted by the international community for neutrino research. 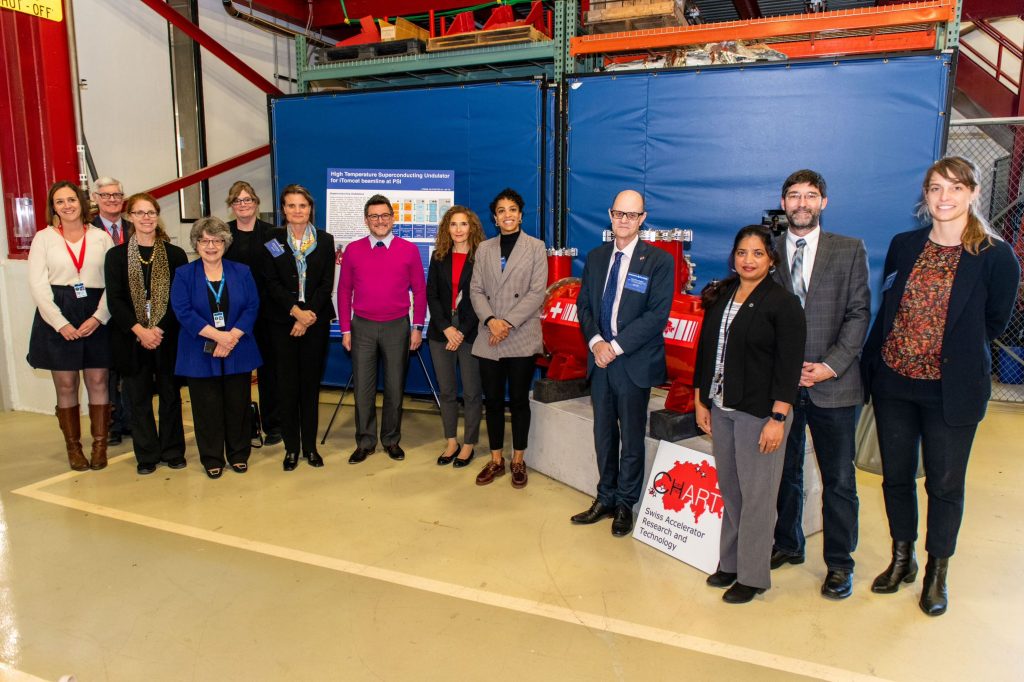 “Our Swiss collaborators, including CERN, play a vital role in developing the unique design of liquid argon technologies for DUNE,” said Merminga. “Their contributions are an essential component for the success of this ambitious venture.”

Switzerland and CERN have been strongly involved in producing protoypes of the liquid-argon detectors that will lead to the final design of the DUNE near and far detectors. 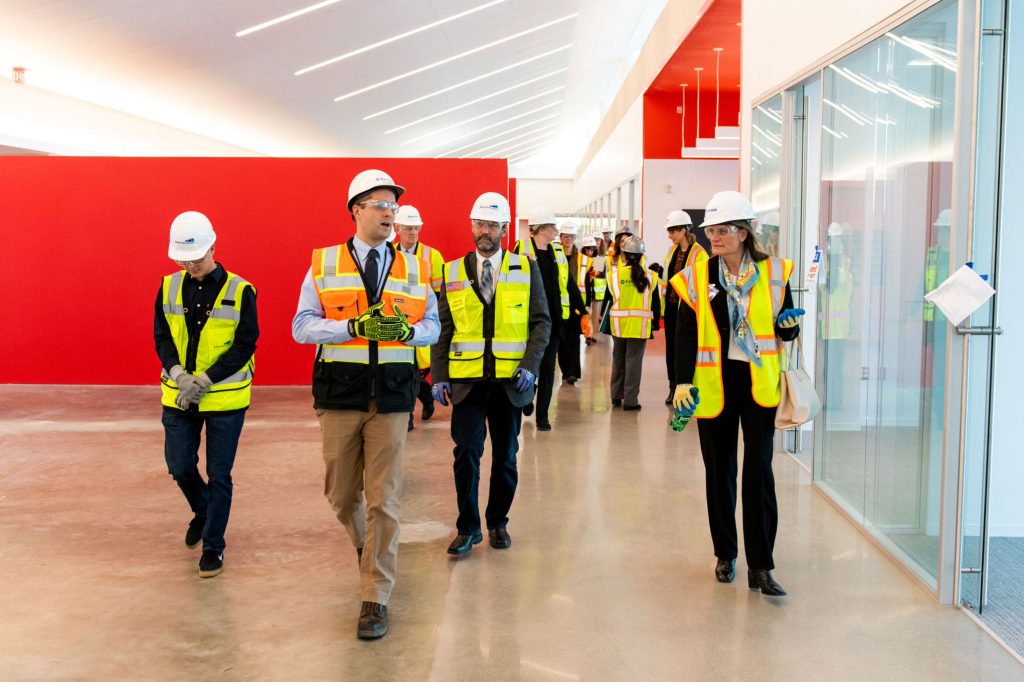 In addition, the MicroBooNE and SBND experiments that are part of the Short-Baseline Neutrino program at Fermilab were built with significant contributions from the University of Bern. This, in turn, led to Switzerland’s leading role in designing the ND-LAr near detector for the DUNE experiment.