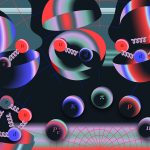 From DOE, May 20, 2020: Lee C. Teng is now 93 years old. The internship that bears his name was created jointly by Fermilab, Argonne National Laboratory and the U.S. Particle Accelerator School in 2007. He started work at Fermilab in 1967 and spent the next 22 years working in high-energy physics. After a two-year leave of absence that started in 1983, he picked up again at Fermilab, working until 2004, when he retired.

From Physics Today, April 1, 2020: Fermilab scientist Vladimir Shiltsev provides a rundown of the advances that the particle accelerator community has made in increasing beam energy, power, luminosity and brilliance and summarizes the breakthroughs and discoveries that lie ahead for the field of beam physics. 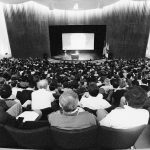 Twenty-five years ago, scientists on the CDF and DZero particle physics experiments at Fermilab announced one of history’s biggest breakthroughs in particle physics: the discovery of the long-sought top quark. The collaborations on the two experiments jointly made the announcement on March 2, 1995, to much fanfare. We take a look back on this day in Fermilab history a quarter-century ago. From ABC7, Feb. 20, 2020: Fermilab scientist emeritus Herman White, the first African-American in history to have a scientific equation that bears his name, is being honored in an exhibit at the Museum of Science and Industry. The work that earned him the honor of having a scientific equation named for him is on display at the museum as part of the 50th anniversary celebration of the Black Creativity Exhibit. View the three-minute news segment.

Trailblazer of physics: the extraordinary life of Leon Lederman

From C2ST TV, Oct. 21, 2019: On Sept. 25, the Chicago Council on Science and Technology hosted a celebration of the life of Fermilab’s second director, Leon Lederman. Fermilab leadership and scientists gave presentations and participated in a panel on Lederman’s sweeping contributions to science and science education. The event is now available on C2ST’s YouTube channel.

Why the search for dark matter depends on ancient shipwrecks

From The Atlantic, Oct. 25, 2019: Errant particles from everyday radioactive materials are a major obstacle for particle physicists. The solution? Lead from the bottom of the sea. Fermilab archivist Valerie Higgins is quoted in this piece on materials from old ships reused for physics experiments.

From WDCB’s First Light, Sept. 29, 2019: About one year ago, the scientific community lost a unique and brilliant voice. Leon Lederman was much more than the voice for particle physics and the importance of science, he was a teacher, a champion for education, and by all accounts a charismatic character. In this 15-minute radio piece, First Light host Brian O’Keefe visited with Fermilab scientist Herman White and former Fermilab Education Office Head Marge Bardeen.

Exhibit on relativity on display at Fermilab through September 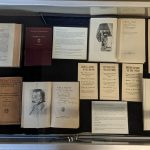 If you’ve ever wondered what it was like to learn about the mind-bending concept of relativity when it first made a splash in public consciousness, come to Fermilab’s latest history exhibit. See works written by Einstein and read the public response to his groundbreaking theory.