BATAVIA, Illinois—Scientists at the Department of Energy’s Fermi National Accelerator Laboratory will begin a projected five-year experiment in early February, 2005 by sending the first batches of subatomic particles called neutrinos on a path through the earth from the laboratory, about 40 miles west of Chicago, to a detector located in the historic Soudan iron mine a half-mile underground in the northeastern corner of Minnesota, about 450 miles away.

Neutrinos are extremely abundant in nature — trillions of them are passing through us at any given moment. They interact with the atoms of ordinary matter so seldom that they can pass through air, water, rocks, or people without a trace. Neutrinos from cosmic rays go through the entire Earth, mysteriously morphing from one kind to another as they travel through space.

The Main Injector Neutrino Oscillation Search (the MINOS experiment) will use neutrinos produced at Fermilab’s Main Injector accelerator to probe the secrets of these elusive subatomic particles: where do they come from, what are their masses and how do they change from one kind to another? When the experiment begins operations, neutrinos in the NuMI (for “Neutrinos at the Main Injector”) beam will travel straight through the earth, from Fermilab to Soudan in 2.5 milliseconds—no tunnel needed. In Minnesota, a 6,000-ton particle detector will search for neutrinos that may have changed from one kind to another during the trip.

The 200-plus MINOS experimenters will use the change from one type of neutrino to another as the key to discovering the neutrino’s secrets. The MINOS experiment involves scientists, engineers, technical specialists and students from 32 institutions in six countries, including Brazil, France, Greece, Russia, the United Kingdom and the United States. The institutions include universities and national laboratories.

Fermi National Accelerator Laboratory is a Department of Energy Office of Science national laboratory in Batavia, Illinois. The laboratory is operated under contract by Universities Research Association, Inc. a consortium of 90 research universities. 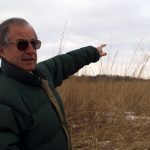 MINOS spokesman Stan Wojcicki pointing toward Soudan Mine from Fermilab 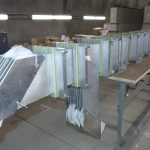 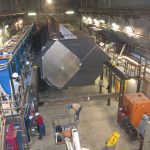 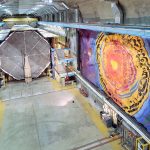 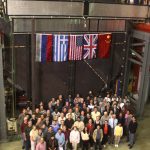 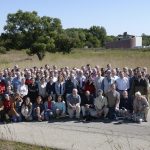