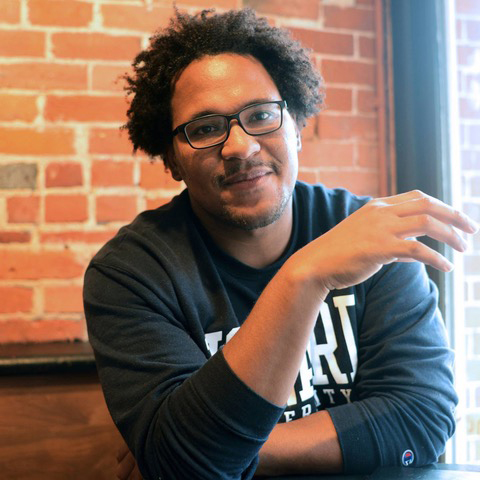 I first came here as a graduate student in May of 2013. Officially, I’ve been at Fermilab since May of 2018 as a postdoc.

What is your role here?

I am a jack of all trades — I do a little bit of everything. My stated job goals are to support the DUNE and NOvA neutrino experiments. Practically, this means collaborating in the collection, analysis, and publication of data from both experiments.

What excites you about working on these projects?

What interests me most about DUNE and NOvA is that there are applications from my graduate-level work on nuclear physics to high-energy physics. I am super excited about the beyond-the-Standard-Model physics that can be investigated with neutrino oscillations, like the ratio of matter to antimatter in the universe. I think Fermilab will be the center of a sort of “neutrinoland” for the next 10 years, at least, so I’m really happy to be in the mix where everything’s going on.

In high school, I took a physics course, and I did terribly. I got a C. Before then, I thought I was going to be a computer programmer because I like structured ways of thinking about problems. Whereas thinking about algorithms in code allows you to solve problems within the context of computers, learning about physics allows you to solve problems in the context of the universe. Once I figured out that there was this powerful mode of thought, I was like, “Yeah, I’ve got to do this.”

What do you enjoy most about working on Saturday Morning Physics, the lab’s lecture series for high school students?

Some of the questions that are being answered in Saturday Morning Physics are questions I asked when I was taking my first physics course: What is fire? Does light have mass? My favorite aspect of Saturday Morning Physics is being able to interact with young minds, being able to chat with folks who are just learning this stuff and try to explain it to them and satisfy their curiosity.

I’m really excited about trying to expand Saturday Morning Physics to more sites in Chicago. That means talking to schools, like those in Chicago’s West Side and South Side, that are typically frequented by underrepresented identities, and trying to see if there are any kids there who might be interested in doing this sort of program.

I run a lot. I have logged over 100 five-mile runs since COVID-19 started. It’s like a moving meditation. I get in my mind and see how I’m feeling and feel out my body, and I also turn over really difficult problems while I’m running.

I’m also a car buff. I like working on my cars, driving them, going to car shows. And I like to read. I’m in numerous book clubs.

I like to cook a lot. I’m from the South, and I have a rich family history of cooking — Cajun food, French food, a lot of stuff. I’ve actually made duck à l’orange from scratch. I make gumbo, I make red beans and rice, I fry fish. I do all that stuff.

Fermilab neutrino research is supported by the Department of Energy Office of Science.