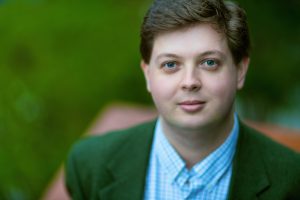 When a neutrino collides with an atom inside one of Fermilab’s detectors, it sets off a cascade of charged particles. Scientists can turn the data into images that show the paths taken by the particles and reveal the neutrino’s properties. But what would this event sound like?

David Ibbett, Fermilab’s first guest composer, has been exploring that question during his 2020 residency at the lab. Through a process known as “data sonification,” Ibbett converts real scientific data into the notes and rhythms that form the basis of his music.

Ibbett’s latest piece is a sonification of data from Fermilab’s MicroBooNE experiment. In this interview, he shares an excerpt of the song, explains the science behind it and describes his compositional process.

Listen to the audio interview:

The entire piece, also called “MicroBooNE,” will have its world premiere at a virtual concert on Tuesday, Dec. 8, at 7:30 p.m. CST. An evening of interwoven talks and performances, Neutrino Music: A Composer’s Journey will feature Ibbett’s ongoing Neutrino Music project as well as music inspired by exoplanet research. The event is part of the Fermilab Arts and Lecture Series. Tickets are free, but registration is required. Find out more and register to attend.

The above animation shows the particle tracks from a collision between a neutrino and an argon nucleus inside the MicroBooNE detector, synced with an excerpt from David Ibbett’s composition “MicroBooNE.”

Below are the lyrics of the excerpt discussed in the interview: 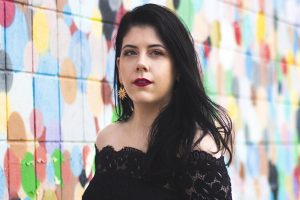 Fermilab is supported by the Office of Science of the U.S. Department of Energy.