Editor’s note: This is a version of an article originally published by the UK Science and Technology Facilities Council.

Engineers and technicians in the UK have started production of key piece of equipment for a major international science experiment.

The UK government has invested $89 million (£65 million) in the international Deep Underground Neutrino Experiment, a particle physics experiment being built by the U.S. Department of Energy’s Fermilab at locations in both Illinois and South Dakota. DUNE will study elusive particles called neutrinos in a bid to advance our understanding of the origin and structure of the universe.

DUNE will measure the so-called oscillations of the neutrinos as they travel at nearly the speed of light. An upgraded particle accelerator at Fermilab (outside Chicago) will accelerate subatomic particles and smash them into a target, forming a beam of neutrinos that will be fired 800 miles through the Earth’s crust to a specialized detector being built deep underground in Lead, South Dakota.

As part of this investment, the UK is delivering a series of vital detector components built at the Science and Technology Facilities Council’s Daresbury Laboratory, located at Sci-Tech Daresbury in the Liverpool City Region.

Fermilab and DUNE are funded and managed by the Department of Energy Office of Science. 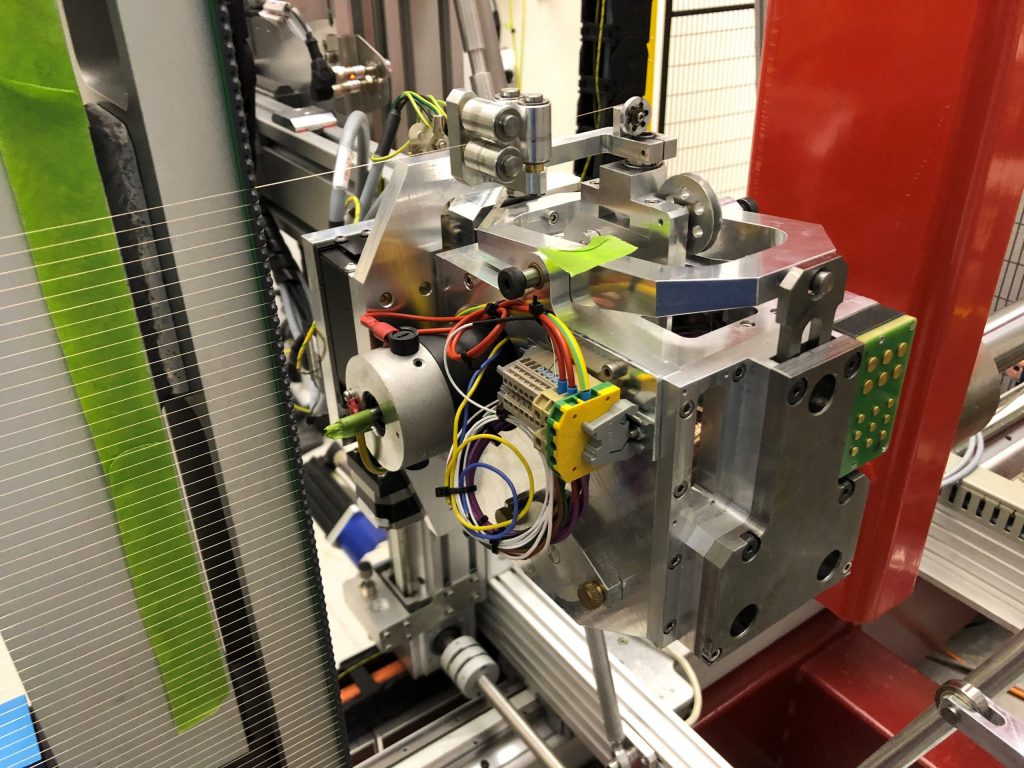 This winding head, designed by engineers at Daresbury Laboratory, is shown in action winding a wire around the end of an anode plane array for a DUNE detector prototype. Photo: STFC

Scientists will capture the neutrinos in a detector containing 70,000 tons of liquified argon gas held at ultralow temperature.

The tiny electrical signals of neutrino interactions will be read out by anode plane assemblies known as APAs – huge rectangular planes covered with thousands of copper-beryllium wires, about the width of a human hair.

Each APA stands at an impressive 2.3 by 6.3 meters, making them the largest individual components for DUNE, and they have to be built with millimeter precision.

Daresbury Laboratory – with its university partners in the UK – will ultimately produce 150 APAs for DUNE.

To meet this need, a large purpose-built APA factory was created at Daresbury inside a former accelerator hall, and 20 specific jobs were created for this task. 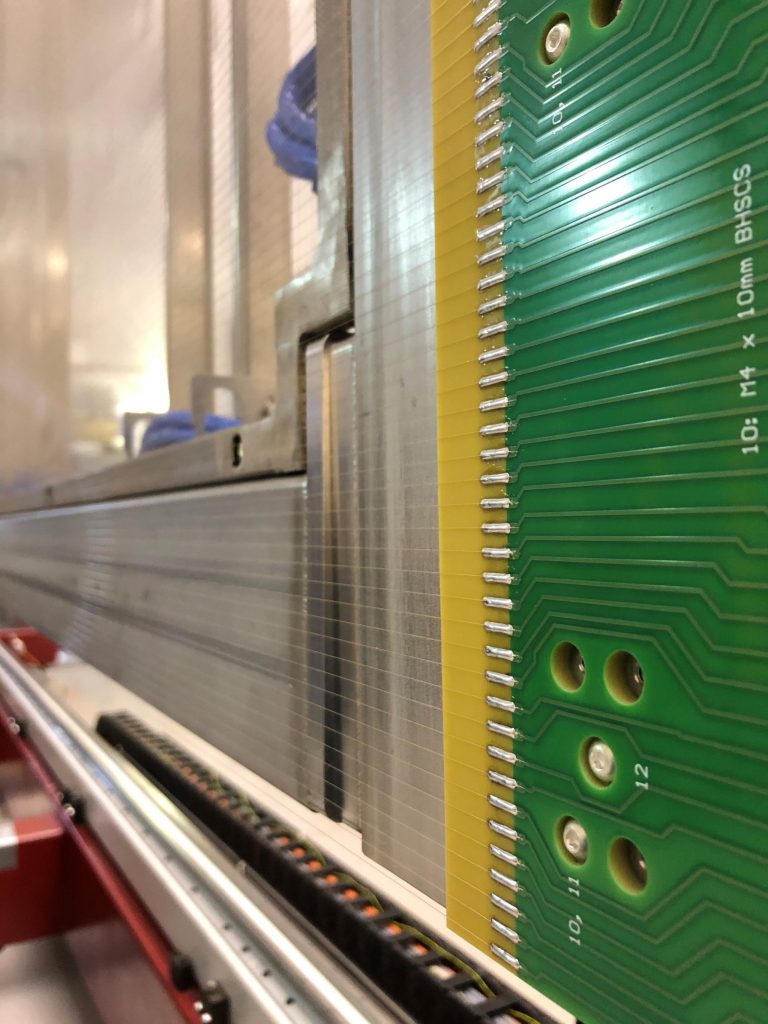 The Daresbury team has now started the production of the first APA for one of the ProtoDUNE detectors, a prototype in which researchers test the technology that will be used in DUNE’s detectors.

The high-precision APAs will first undergo full testing in the ProtoDUNE-II detector at CERN before the full set of APAs for DUNE are built, a process that will take several years to complete.

“It is impressive that the project team continues to made excellent progress in such a challenging year,” said Executive Chair of STFC Mark Thomson, professor at the University of Cambridge. “This development means that 2021 should be the year of the Final Design Review and beginning of mass production of APAs at Daresbury – a huge milestone for everyone involved and a major step towards the construction of this incredibly exciting neutrino experiment. I am deeply proud of the team at Daresbury for how hard they have continued to work in difficult circumstances.”

DUNE is the first large international particle physics experiment to be hosted in the United States. UK physicists from the Universities of Liverpool and Manchester contribute to the scientific leadership of the project.

“These detector components will play a key role in unraveling the mystery of neutrinos and their role in the formation of the Universe,” said DUNE spokesperson Professor Stefan Söldner-Rembold, of the University of Manchester.

Excavation of the underground facilities in South Dakota have recently started

“The international team of neutrino physicists working on DUNE is excited to welcome the first of the large detector components built by the UK — the biggest non-U.S. contributor to this global experiment,” Söldner-Rembold said.