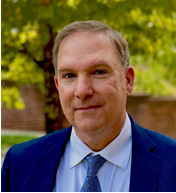 Universities Research Association has announced the selection of John Mester as its next executive director and chief executive officer. In his new role, Mester will assume overall leadership and strategic direction of URA and will also serve as a member of the Fermi Research Alliance board of directors. He officially begins his tenure on Sept. 1.

URA is a consortium of more than 90 leading research universities that has been responsible for managing and operating Fermilab since 1967. The University of Chicago has shared that responsibility since 2007 through FRA.

“We are pleased to have John Mester as our next executive director,” said Eric Barron, president of Penn State and chair of the URA board of trustees. “John has the vision for the future of science, combined with the strategic and collaborative approach needed to fulfill and build on URA’s commitments to its partners.”

Mester succeeds Marta Cehelsky, who announced her retirement earlier this year, after having successfully guided the organization since 2011. During her tenure as a member of the FRA board, Cehelsky chaired its Committee on Operations and Oversight.

Along with a robust scientific background, Mester brings to the role a wealth of experience gained from leadership positions. Most recently, he served as associate vice president for research and professor of optical sciences at the University of Arizona. Previously, Mester had been vice president for science and programs at Associated Universities Inc., which manages the $864-million cooperative agreement for the management and operation of the National Radio Astronomy Observatory, funded by the National Science Foundation. He earned his doctoral and master’s degrees in physics from Harvard University and his undergraduate degree in physics and mathematics, Phi Beta Kappa, from Johns Hopkins University.

“This is truly a unique opportunity for me,” Mester said. “It is the culmination of many years of a commitment to advancing excellence in science. I look forward to working with the URA board of trustees and the executive team to carry out URA’s mission in service to its strategic partners and members on behalf of the future of science and in the interest of the nation.”