World-class particle physics research isn’t the only thing Fermilab is known for. The iconic sight of the Midwestern bison graces the acres of prairie land surrounding the lab, beckoning visitors from across the country. On April 13, baby bison season officially began at the lab, a sure sign spring is truly on its way. The first calf of the year was born in the morning, and we’re pleased to announce that both mother and baby are doing well. 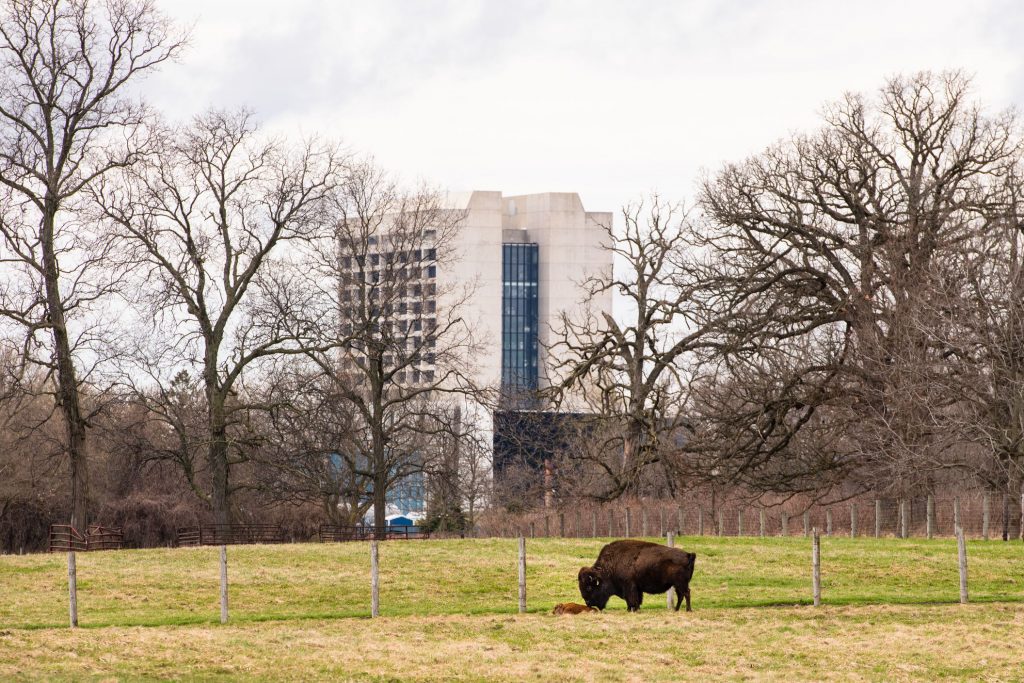 Currently, the herd comprises 32 bison — 30 females and two bulls. The bulls are changed out periodically to maintain the herd’s health and genetic diversity.

This year, Fermilab is expecting up to 20 new calves. For a front-seat view of the bison, visit Fermilab’s new bison cam to glimpse the activities of the mighty herd. 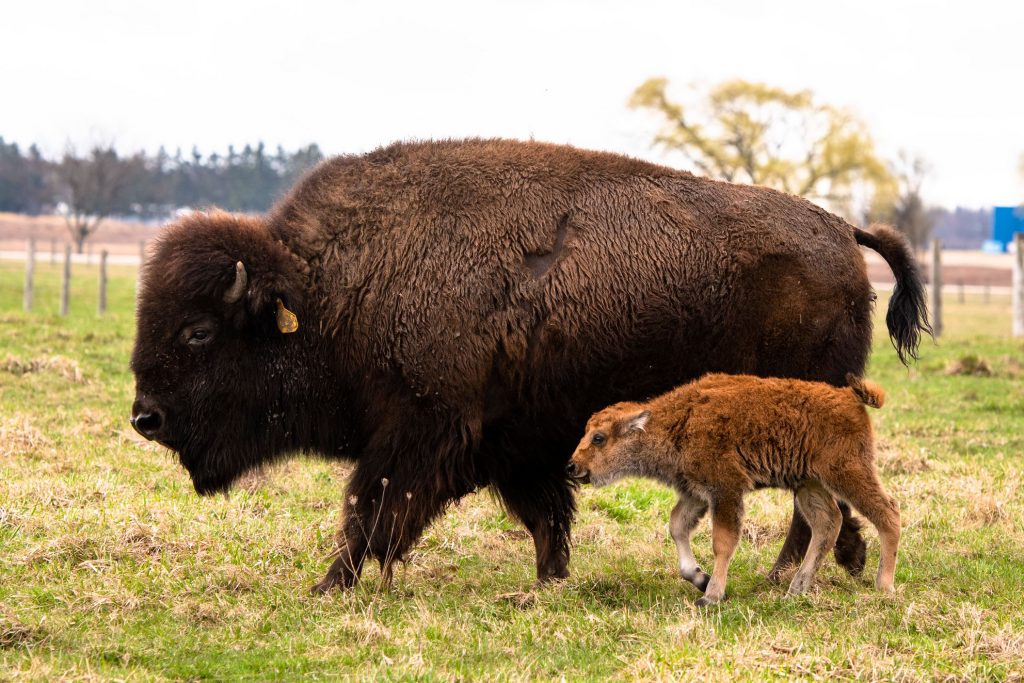 This year, Fermilab is expecting up to 20 new calves. Photo: Ryan Postel, Fermilab

Robert Wilson, Fermilab’s first director, established the bison herd in 1969 as a symbol of the history of the Midwestern prairie and the laboratory’s pioneering research at the cutting-edge of particle physics.

Bison are native to North America and play a big part in the Indigenous cultures of the land. A herd of bison is a natural fit for a laboratory surrounded by nature. Fermilab hosts nearly 1,000 acres of reconstructed tallgrass prairie, as well as remnant oak savannas, marshes and forests.

The American bison nearly went extinct in the 19th century. Thanks to conservation efforts, it is no longer an endangered species, but conservation of the bison genome is still a federally recognized priority.

Fermilab has confirmed through genetic testing that the laboratory’s herd shows no evidence of cattle gene mixing.

If the bison cam isn’t enough, Fermilab has reopened to the public, and visitors are welcome to come view the herd in person.