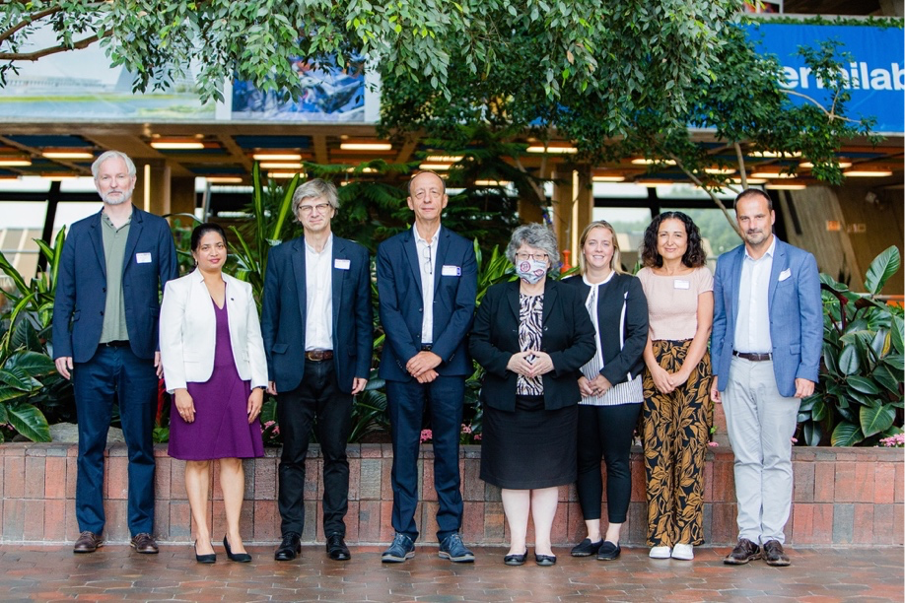 The delegation met with Fermilab management and scientists to discuss IN2P3-Fermilab collaboration in accelerator and neutrino programs. The visitors also obtained an overview of the lab’s quantum research, scientific computing efforts and theory programs. IN2P3 is a major partner of the PIP-II particle accelerator project and the international Deep Underground Neutrino Experiment, hosted by Fermilab. 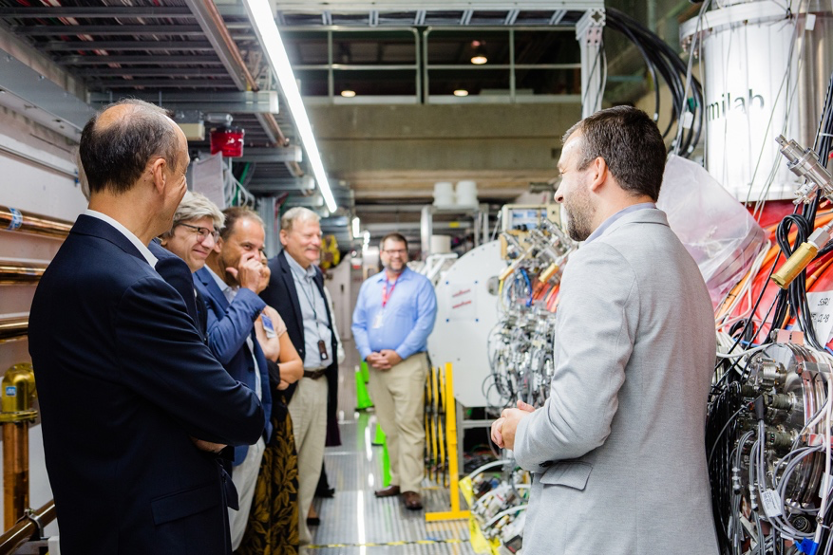 Donato Passarelli (from right), Michael Geelhoed and Rich Stanek give the IN2P3 delegation an overview of the PIP-II particle accelerator project at Fermilab. French institutions have been providing valuable contributions for the development and testing of SSR2 superconducting cavities for PIP-II. Photo: Tom Nicol, Fermilab 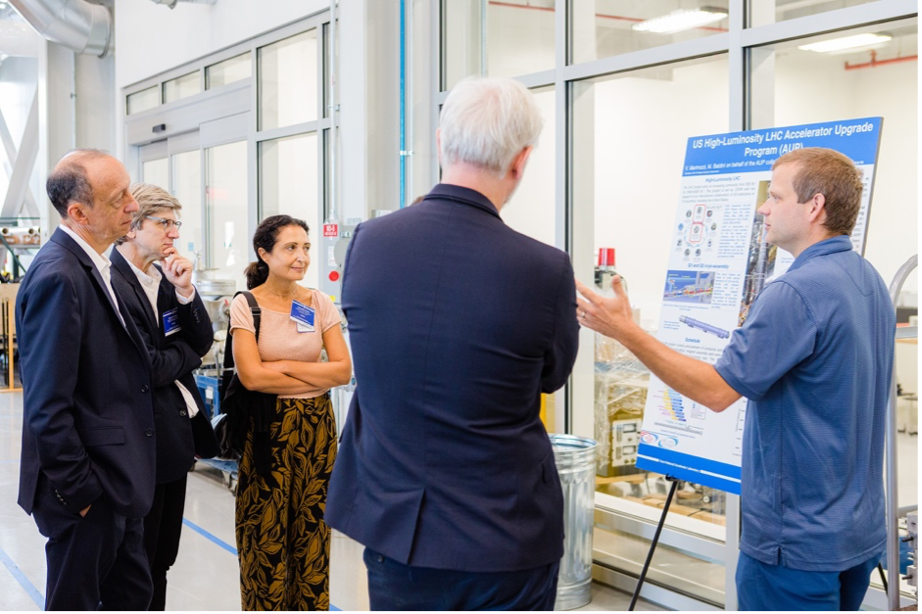 “IN2P3’s collaboration with Fermilab and their contributions to PIP-II and DUNE are examples of how important international partnerships are in advancing accelerator technologies and global neutrino research,” said Merminga.

The delegation spent the day at Fermilab talking with scientists and touring various research facilities. The visit provided an opportunity for the delegation to see the advances in the LBNF/DUNE neutrino project and the PIP-II particle accelerator project. The tour included Fermilab’s work on superconducting cavities for PIP-II as well as superconducting magnets for the High-Luminosity Large Hadron Collider upgrade; the assembly of the Short Baseline Neutrino Detector and work on the CMS detector upgrade at the LHC. The visitors also toured the Superconducting Quantum Materials and Systems Center. 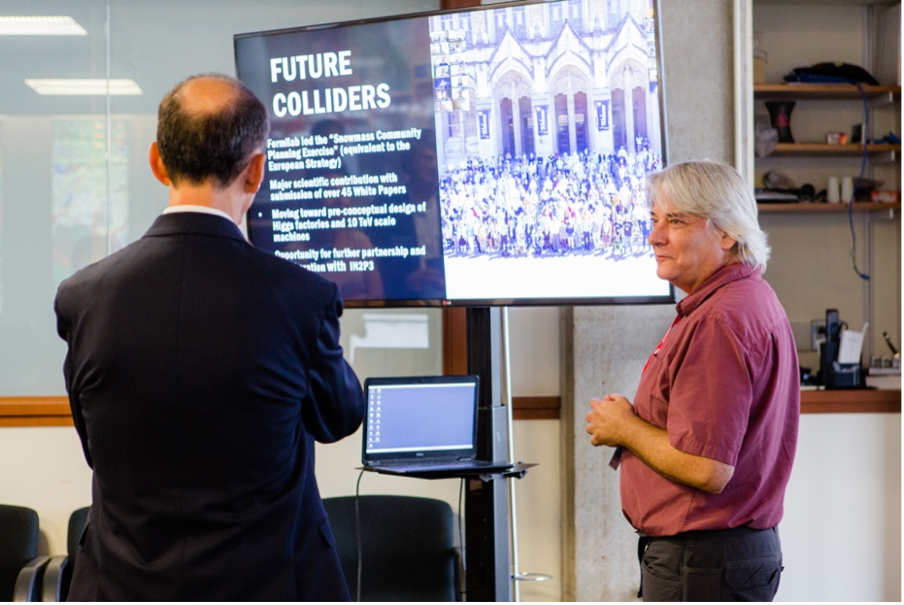