The U.S. Department of Energy’s Fermi National Accelerator Laboratory welcomed Consul General Alan Gogbashian of the British Consulate in Chicago and leaders from United Kingdom Research and Innovation and the Science and Technology Facilities Council at a visit to Fermilab on Aug. 24. The visitors discussed with Fermilab management ongoing collaborative projects in particle accelerator and neutrino science and emerging collaborations in quantum information science. They also toured some of the lab’s research facilities. 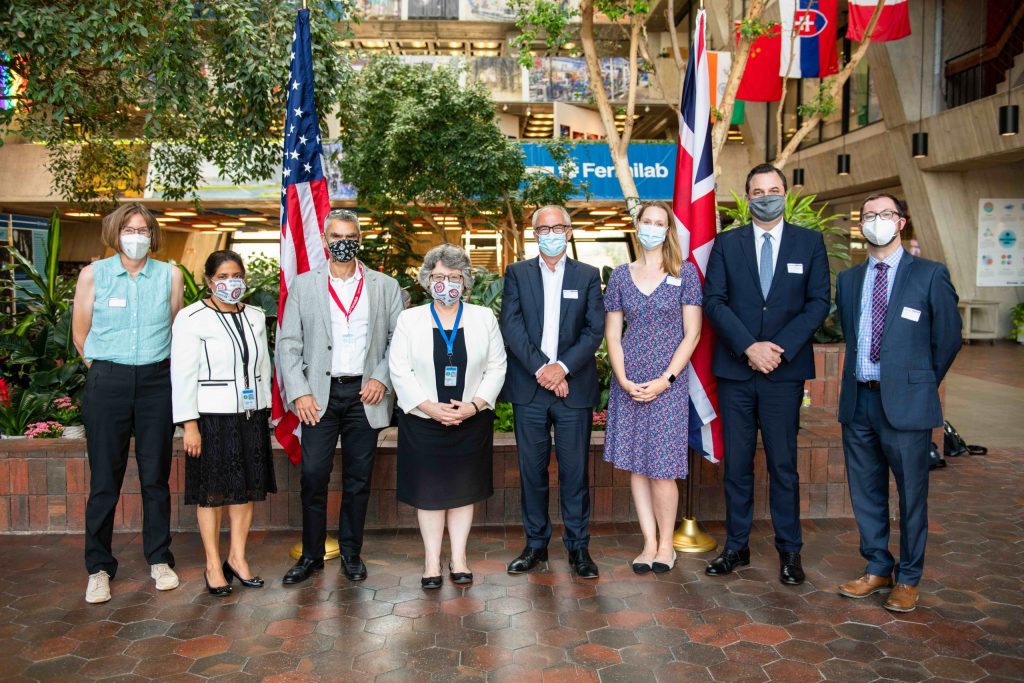 The visitors were greeted by Fermilab Director Lia Merminga and members from the PIP-II and Long-Baseline Neutrino Facility projects, as well as Fermilab’s neutrino and quantum programs. The visit marked the first in-person meeting between STFC Executive Chair Mark Thomson and Merminga since her appointment to the position in April. 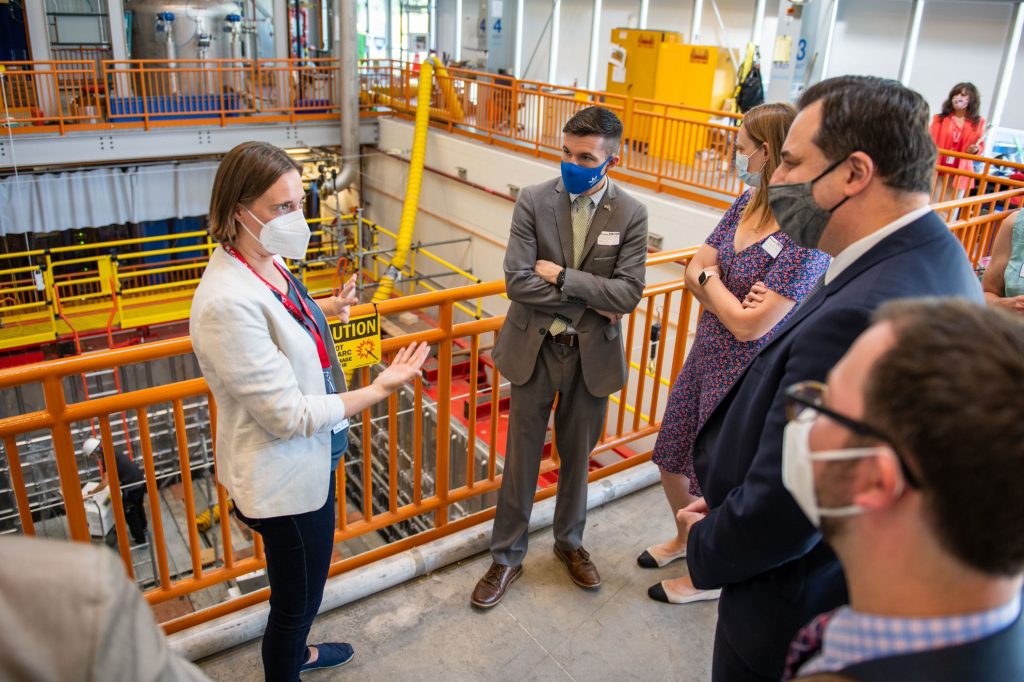 “The ongoing support and collaboration of UKRI and STFC with Fermilab is so important to advancing accelerator technologies and neutrino research for the benefit of the worldwide community,” said Merminga. “By working together and utilizing the strengths and expertise of all organizations, we are better positioned for science discoveries and applications in the future.” 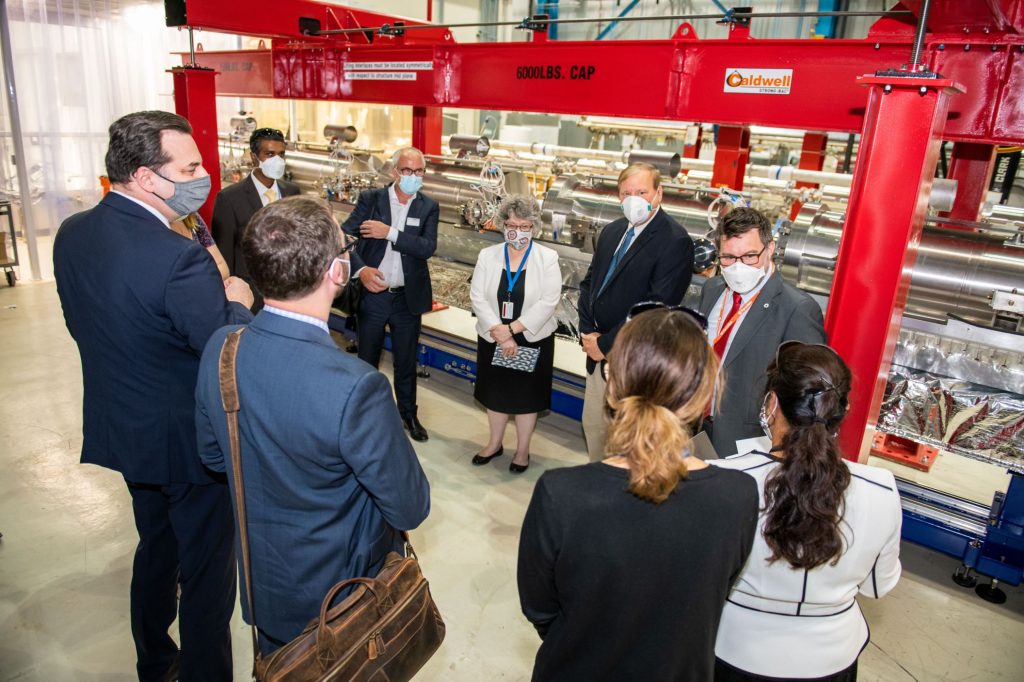 The U.K. is a major contributor to the PIP-II particle accelerator project at Fermilab. The visitors had a chance to see the work on superconducting radio frequency cavities for PIP-II. Photo: Ryan Postel, Fermilab

STFC—one of UKRI’s research councils—funds U.K. research in areas including particle physics, nuclear physics, space science and astronomy. The visit presented an opportunity for the visitors to see the progress made by the Fermilab-led LBNF/DUNE neutrino project and learn more about the work on the construction of the PIP-II particle accelerator. STFC is a major contributor to both projects. 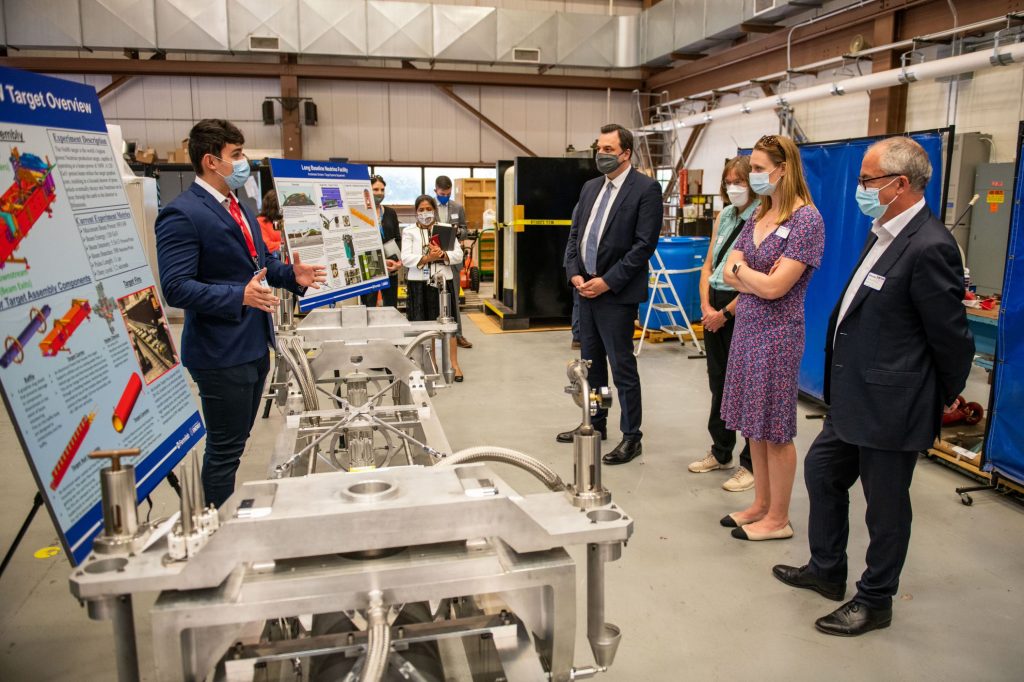 Stops on the tour included Fermilab’s work on superconducting radio frequency cavities for PIP-II, the high-power target experiment for LBNF/DUNE, the assembly of the near detector for the Short Baseline Neutrino Program and a visit to the Superconducting Quantum Materials and Systems Center at Fermilab. During the tours, the delegation also met with students from the U.K. institutions who enthusiastically shared their experience and their research in the neutrino experiment.