Batavia, Ill.—The territory where the Higgs boson may be found continues to shrink. The latest analysis of data from the CDF and DZero collider experiments at the U.S. Department of Energy’s Fermilab now excludes a significant fraction of the allowed Higgs mass range established by earlier measurements. Those experiments predict that the Higgs particle should have a mass between 114 and 185 GeV/c2. Now the CDF and DZero results carve out a section in the middle of this range and establish that it cannot have a mass in between 160 and 170 GeV/c2.

“ The outstanding performance of the Tevatron and CDF and DZero together have produced this important result,” said Dennis Kovar, Associate Director of the Office of Science for High Energy Physics at the U.S. Department of Energy. “We’re looking forward to further Tevatron constraints on the Higgs mass.”

So far, the Higgs particle has eluded direct detection. Searches at the Large Electron Positron collider at the European laboratory CERN established that the Higgs boson must weigh more than 114 GeV/c2. Calculations of quantum effects involving the Higgs boson require its mass to be less than 185 GeV/c2.

“A cornerstone of NSF’s support of particle physics is the search for the origin of mass, and this result takes us one step closer,” said Physics Division Director Joe Dehmer, of the National Science Foundation.

The observation of the Higgs particle is also one of the goals of the Large Hadron Collider experiments at CERN, which plans to record its first collision data before the end of this year.

The success of probing the Higgs territory at the Tevatron has been possible thanks to the excellent performance of the accelerator and the continuing improvements that the experimenters incorporate into the analysis of the collider data.

“Fermilab’s Tevatron collider typically produces about ten million collisions per second,” said DZero co-spokesperson Darien Wood, of Northeastern University. “The Standard Model predicts how many times a year we should expect to see the Higgs boson in our detector, and how often we should see particle signals that can mimic a Higgs. By refining our analysis techniques and by collecting more and more data, the true Higgs signal, if it exists, will sooner or later emerge.”

To increase their chances of finding the Higgs boson, the CDF and DZero scientists combine the results from their separate analyses, effectively doubling the data available.

“A particle collision at the Tevatron collider can produce a Higgs boson in many different ways, and the Higgs particle can then decay into various particles,” said CDF co-spokesperson Rob Roser, of Fermilab. “Each experiment examines more and more possibilities. Combining all of them, we hope to see a first hint of the Higgs particle.”

So far, CDF and DZero each have analyzed about three inverse femtobarns of collision data—the scientific unit that scientists use to count the number of collisions. Each experiment expects to receive a total of about 10 inverse femtobarns by the end of 2010, thanks to the superb performance of the Tevatron. The collider continues to set numerous performance records, increasing the number of proton-antiproton collisions it produces.

The Higgs search result is among approximately 70 results that the CDF and DZero collaborations presented at the annual conference on Electroweak Physics and Unified Theories known as the Rencontres de Moriond, held March 7-14. In the past year, the two experiments have produced nearly 100 publications and about 50 Ph.D.s that have advanced particle physics at the energy frontier. 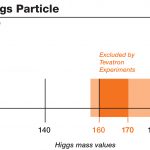 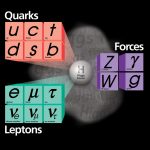 According to the Standard Model of particles and forces, the Higgs mechanism gives mass to elementary particles such as electrons and quarks. Its discovery would answer one of the big questions in physics: What is the origin of mass? 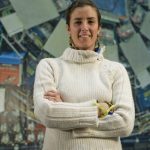 Med Res Listen to CDF graduate student Barbara Alvarez-Gonzalez, University of Oviedo, as she explains in this 2-minute video the search for the Higgs particle with the CDF detector. Alvarez-Gonzalez is one of about 600 physicists from 63 institutions in 15 countries who work on the CDF experiment at Fermilab.
YouTube
Quicktime (8.5 mb)
Windows Media (11.6 mb)
Downloadable MPEG-4 (33.4 mb)
Embedded video is below. 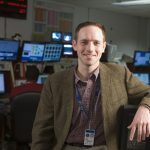 Listen to DZero physicist Michael Kirby, Northwestern University, as he explains in this 2-minute video how DZero collects and analyses collision data to find signs of the Higgs particle. Kirby is one of about 550 physicists from 90 institutions in 18 countries who work on the DZero experiment at Fermilab.
YouTube
Quicktime (10.3 mb)
Windows Media (15.6 mb)
Downloadable MPEG-4 (46.4 mb)
Video also embedded below 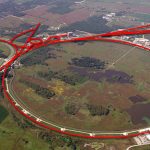 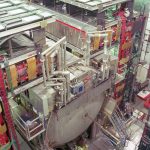 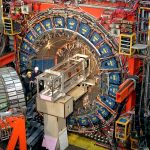