From New Atlas, Aug. 12, 2020: An extensive search for a hypothetical particle has turned up empty. The sterile neutrino is a proposed subatomic particle that could even be a candidate for the mysterious dark matter, and although previous studies have hinted at its existence, and the MINOS+ and Daya Bay experiments have all but ruled it out.

Sterile neutrino down but not completely out

From APS Physics, Aug. 10, 2020: Fermilab scientist Pedro Machado co-authors this article on how the MINOS and MINOS+ experiments at Fermilab and the Daya Bay experiment have placed the most stringent limits to date on a hypothetical fourth neutrino. Still, the possibility that such a particle exists remains open. 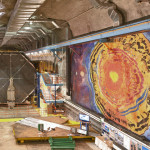 The MINOS+ and Daya Bay neutrino experiments combine results to produce most stringent test yet for the existence of sterile neutrinos.

Reports of sterile neutrino’s resurrection may be greatly exaggerated

From Science, June 4, 2018: Don’t toss out your particle physics textbooks just yet. A team of particle physicists, including MiniBooNE collaborators, announced results that could point to an exotic new particle called a sterile neutrino. But the situation is more ambiguous than some reports suggest. Although the new data bolster one argument for the sterile neutrino, other evidence has weakened significantly in recent years. 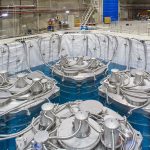 A new result from the Daya Bay collaboration reveals both limitations and strengths of experiments studying antineutrinos at nuclear reactors. 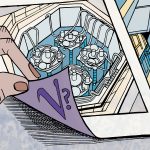 Scientists on two neutrino experiments—the MINOS experiment at Fermilab and the Daya Bay experiment in China—have presented results that limit the places where sterile neutrinos might be hiding.

A measurement to watch 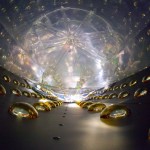 Finding a small discrepancy in measurements of the properties of neutrinos could show us how they fit into the bigger picture. One of those properties is a parameter called theta13. Theta13 relates deeply to how neutrinos mix together, and it’s here that scientists have seen the faintest hint of disagreement from different experiments.