From Northwestern University, Aug. 26, 2020: Fermilab has been selected to lead one of five national centers to bring about transformational advances in quantum information science as a part of the U.S. National Quantum Initiative. Northwestern University is a major partner in the new center. The materials science and physics faculty, combined with the University’s cryogenic and materials characterization facilities, will play a central role in research to improve the performance of superconducting qubits and microwave cavities for quantum computing and sensing applications.

From The Wall Street Journal, Aug. 26, 2020: The White House announced that federal agencies and their private sector partners are committing more than $1 billion over the next five years to establish 12 new research institutes focused on artificial intelligence and quantum information sciences. The Energy Department will supervise and invest $625 million in the five centers focused on quantum information sciences, including one led by Fermilab.

From Oak Ridge National Laboratory, Aug. 26, 2020: The Department of Energy has selected Oak Ridge National Laboratory to lead a collaboration charged with developing quantum technologies that will usher in a new era of innovation. The Quantum Science Center, led by Oak Ridge, will receive $115 million over five years to realize the potential of topological quantum materials for manipulating, transferring and storing quantum information. Fermilab is a partner organization in the Quantum Science Center.

Funding will go towards NSF-led AI Research Institutes and DOE QIS Research Centers over five years, establishing 12 multidisciplinary and multi-institutional national hubs for research and workforce development in these critical emerging technologies. Together, the institutes will spur cutting-edge innovation, support regional economic growth and advance American leadership in these critical industries of the future. 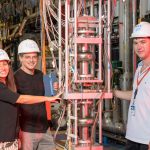 Fermilab has been selected to lead one of five national centers to bring about transformational advances in quantum information science as a part of the U.S. National Quantum Initiative. The initiative provides the new Superconducting Quantum Materials and Systems Center — based at Fermilab and comprising 20 partner institutions — $115 million over five years with the goal of building and deploying a beyond-state-of-the-art quantum computer based on superconducting technologies. The center will also develop new quantum sensors, which could lead to the discovery of the nature of dark matter and other elusive subatomic particles.

Building a quantum computer at the SQMS Center at Fermilab The new Superconducting Quantum Materials and Systems Center, based at Fermilab, brings together world-class experts from 20 institutions to take on one of the biggest challenges in quantum science: extending the lifetimes of quantum states. In this 4-minute video, SQMS Center Director Anna Grassellino talks about the center’s ambitious goals, including the building and deployment of a revolutionary quantum computer. 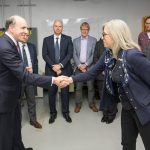 Fermilab’s quantum program includes a number of leading-edge research initiatives that build on the lab’s unique capabilities as the U.S. center for high-energy physics and a leader in quantum physics research. On the tour, researchers discussed quantum technologies for communication, high-energy physics experiments, algorithms and theory, and superconducting qubits hosted in superconducting radio-frequency cavities. 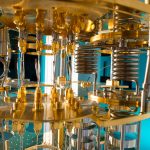 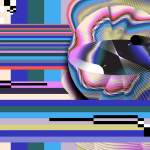 Particle physicists are studying ways to harness the power of the quantum realm to further their research.