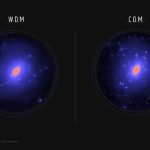 Scientists on the Dark Energy Survey have used observations of the smallest known galaxies to better understand dark matter, the mysterious substance that makes up 85% of the matter in the universe. The smallest galaxies can contain hundreds to thousands of times more dark matter than normal visible matter, making them ideal laboratories for studying this mysterious substance. By performing a rigorous census of small galaxies surrounding our Milky Way, scientists on the Dark Energy Survey have been able to constrain the fundamental particle physics that governs dark matter. 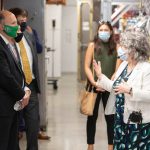 On July 22, the Department of Energy’s Under Secretary for Science joined partners and Fermilab leadership for the groundbreaking of the PIP-II cryoplant building and the site dedication for the Integrated Engineering Research Center.

The many facets of quantum science at Fermilab 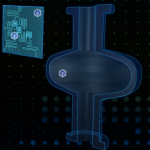 Fans of Fermilab know that our scientists are experts in the weird realm of quantum physics. In recent years, they’ve been harnessing the strange properties of the quantum world to develop game-changing technologies in quantum computing, quantum sensors and quantum communication. Learn more about the burgeoning area of quantum information science and how Fermilab is advancing this exciting field. As the closing event of the online Neutrino 2020 conference earlier this month, three scientists faced off in a virtual Physics Slam. Each participant had 10 minutes to amaze and educate the audience with their research using any means they could think of. The video is available to watch online. 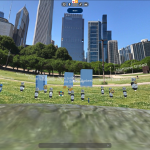 A dash of virtual reality helps replicate the serendipitous interactions of an in-person conference when participants are scattered across the globe. 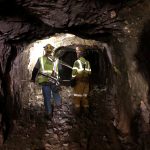 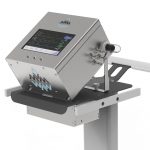 More than a dozen Fermilab volunteers have helped design, test and finalize the Mechanical Ventilator Milano, a low-cost ventilator to help in the midst of device shortages caused by COVID-19. 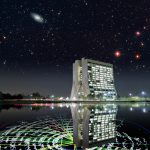 Browse Fermilab’s many online resources to dive into the wonderful world of particle physics. 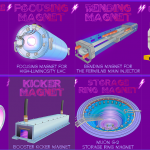 Missing March Madness? Let Fermilab fill a small part of the void created in these times of social distancing and shelter-in-place. Participate in Fermilab’s sendup of the NCAA tournament: March Magnets. Learn about eight different types of magnets used in particle physics, each with an example from a project or experiment in which Fermilab is a player. Then head over to the Fermilab Twitter feed on March 30 to participate in our March Magnets playoffs.

DUNE collaboration finalizes the blueprint for the ultimate neutrino detector 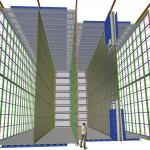 The publication of the Technical Design Report is a major milestone for the construction of the Deep Underground Neutrino Experiment, an international mega-science project hosted by Fermilab. It lays out in great detail the scientific goals as well as the technical components of the gigantic particle detectors of the experiment.